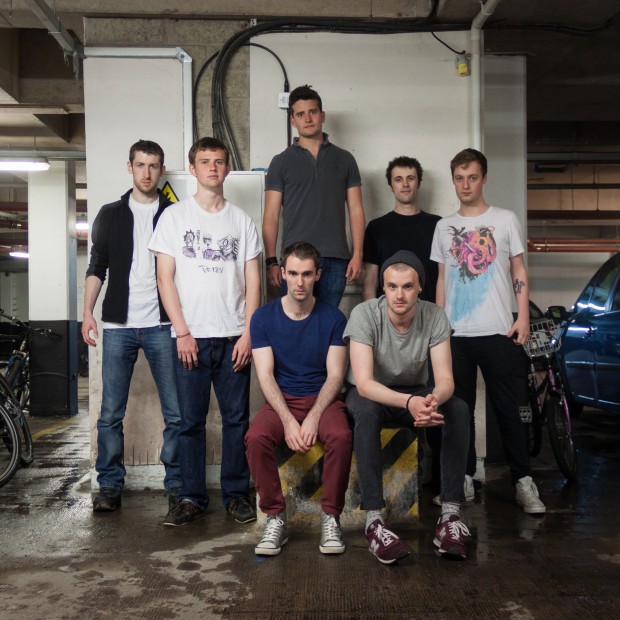 Sitting in the window of a crowded Costa amid the shouts and giggles of schoolchildren on their lunch break, Soundcheck met up with three of the seven parts of Filip Blast, Edinburgh’s latest funk-pop outfit. As they nurse their hangovers with tea and coffee, Michael Friederich (Vocals), Fraser Christie (Guitar), and Ally McLachlan (Bass) talk about their “stanky sex music” and how their music makes them cool (in their own way.)

Mostly Scottish with the exception of a South African vocalist and London-native trumpeter, Filip Blast has released a bold five-track funk-rock EP since their official formation last September. Nearly a year on since their genesis, they’ve performed on stages in Edinburgh and Glasgow with their sights set on London in future months. “We’re going to take over the world. Filip Blast is coming for you,” Michael jokes. “No, we’re doing a video –planning to do a video. We’ve just got some photos done on the beach where we hit each other with water balloons. It was good fun, and then I’m moving to London like August kind of time. So to kind of advance the band’s interest in the Capital, I think. I hope.”

“I think what we’re going to try and do is limit the amount of gigs that we do, and pick our gigs and we’ll travel down to London. So we will try and pick a bunch of shows in a row so it’s convenient for travel,” says Fraser.

“So it’s like we’ll get it together like O2 Arena, Murray field in a weekend…” Michael smiles. Their eponymous debut EP, which released in May, was self-produced in Edinburgh Napier’s brand-new studio in two or three long days.

“They just built the new studio and I think we probably were the first band to use it,” says Ally.

“We were in the studio until 3am the night before we started recording at 9am still changing parts and things like that, which was…it comes across like that it feels fresh.”

Ally adds, “Yeah I think it kind of sort of, as terrifying as it was at the time it kind of works in our favour that it’s kind of fresh and full of energy. I mean, funnily enough the lead single ‘Ice Pop’ off the EP was the one we were sort of most reluctant to record as in we were almost going to cut it because it was very late at night and we weren’t quite sure how it was working and it sort of just fell into place after the first couple takes in the studio. And it’s slowly become our favourite to play, and I know for me to listen to.”

With such a diverse blend of styles influencing all seven members of the band, inspiration is drawn from an equally wide range of experiences. “I sit in an open space and let the sun shine onto my face,” explains Michael, the band’s main lyricist, “and then I observe the people walking around me, and then I can like look at the rhythms in the way that they walk and then I turn that into my lyrics and the rhythms in my melodies.”

After a pause, Fraser laughs “That’s definitely not how I go about it. I think it’s just because we all listen to so many different styles of music. The thing that bothers me is when you hear and artist or a band that you’ve always loved and then they evolve into something that like the company or whatever expects them to be. And you hear artists talking about the legal sense like ‘we had to record the song that sounded like this because that was big at the time’ and I really don’t like that way of thinking because we all listen to loads of different things, we thought why not just put all of that into one band? And we’re not doing it with an aim to get signed, we’re just doing it have fun and play what we want to play.”

“We’re not trying to be cool.”

“Seven pasty white men on stage…” Ally laughs. “We did have a water balloon fight down Portobello beach the other day so that’s cool in some way.”

“I think we’re cool in our level of cool… if that makes sense,” notes Michael. “Cool in our own way. Maybe that’s how you would describe it.” His face morphs into a mischievous grin when asked to describe Filip Blast in three words. “…Stanky Sex Music,” he proclaims, and everyone laughs.

Where will Filip Blast be in five years? “If I’m alive…” Michael starts, “I reckon  as a band we could be one of those world bands, you know? That everyone knows. Like ‘Filip Blast?’ It’s like yeah, ‘Whoa! Those guys!’ You know what I mean’? It’s like people can love us, or hate us, or be neutral to us, but just like a thing in the world that people know, and understand, and some people…”

“Like a household name.” Or Britney Spears. “We can be like Justin Bieber or something,” Ally says.

“I think the special thing about us is that loads of music these days is electronically produced, and nothing against that, because like I’m not one of the instrumentalists like I said, it’s that all of the guys in the band are hugely proficient on their instruments. So for an audience to come and watch us and see the musicians doing what they’re doing and playing so proficiently on their instruments it’s like a spectacle, which is pretty cool.”

Fraser points out that popular artists like Bruno Mars, Pharrell Williams, and Daft punk have revealed a mainstream taste for old school sounds like funk. “Hopefully it’s coming back. But I think that I will always be more about the live show. Like with us, one of my friends was really drunk after a gig and she said ‘like I really love your EP but your live show makes your EP look like shit’ and I was like, that’s really harsh but I know what she’s getting at.” 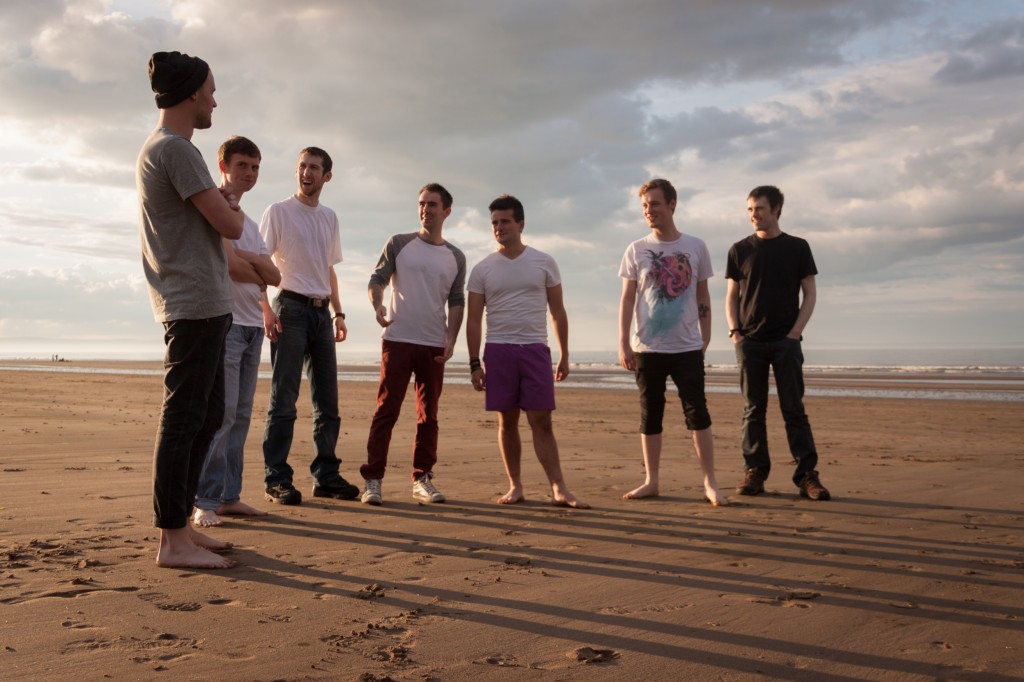 As a band, writing their music is a team effort lead by improve jamming. While Fraser and Ally think up the chord rhythms, Michael lets the lyrics flow naturally from the riffs. “You just listen to the tunes, absorb it, and then try and explain what you feel the music that Fraser has written is saying. And then I like to put in lots of sexual innuendos… but that’s just for fun.

“When I started writing lyrics for the band, like I had been a rock singer beforehand and it kind of was all deep, intense, emotion stuff and for this I couldn’t really do it. And I was listening to lots of like Jamiroquai and Justin Timberlake and these guys get away with saying the most horrible stuff! Not even horrible stuff, just like things that you wouldn’t say publicly. Like ‘baby I want you in my bedroom, we’re gonna’ get all sweaty,’ things like that. And so I thought that was quite funny how these guys could get away, and I was like if this is kind of similar music I can probably get away with saying stupid shit like that as well, so why not?”

With an F rather than a PH to denote an artistic cool, Filip Blast has proven that they can deliver a fun and unique sound while staying true to their own priorities as musicians. “I think you should support the band if anybody reads this interview,” says Michael. “and download our EP because it’s fun, and play it this summer because that’s what it’s meant for. It’s meant for good summer vibes, if you’re having a barbecue… and come to our gigs and stuff, follow us on Facebook. Make friends with us because we’re friendly people…

“…except for Dale,” they laugh.