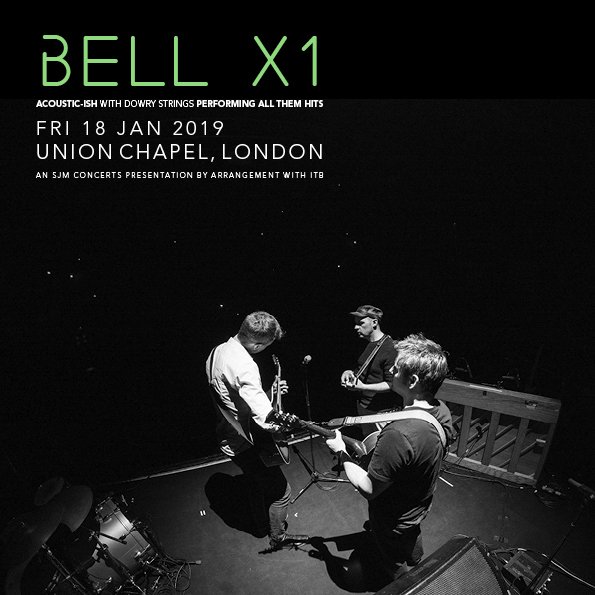 Irish lovelies Bell X1 have added a London date to their tour plans.

Billed as an ‘acoustic-ish’ set and accompanied by the Dowry Strings, the Irish alt-rock trio are set to play the Union Chapel on January 19 following two November nights in Dublin. Tickets are on sale at 9am on September 14.