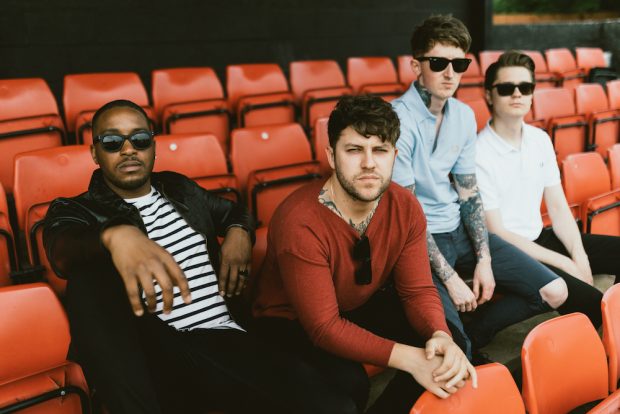 LOVEBITES debut EP will be released through the bands own DIY label, Sabbath City Records on the 20th July 2018. The EP features four tracks of authentic British Rock & Roll with an honest rumbling of heart-on-your-sleeve punk rock for good measure.

‘Social Hell’ is a record inspired by the current state of “social society” and how social media influences how we act and perceive one another. “It’s a contradiction, but an honest portrayal of our modern world.” states vocalist Jack Perry. “We unlock our souls into a medium which focuses on other peoples lives as opposed to our own. We constantly compare each other’s lives, effectively sucking the spontaneity out of everything. Do “likes” actually make you feel better? Is it love or an evil touch?”

‘Social Hell’ will be available on vinyl and through all usual digital platforms from the 20th July through Sabbath City Records. The band will also play a homecoming show at the city’s Flapper & Firkin venue on Saturday 11th August.