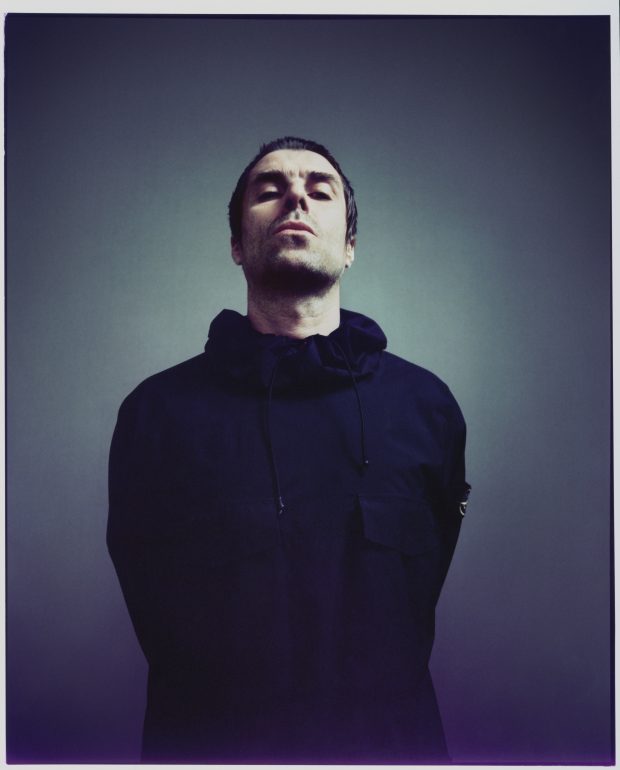 Liam Gallagher’s eagerly anticipated second album ‘Why Me? Why Not.’ is shaping up to be one of the album events of the year when it’s released on September 20th on Warner Records.

The reaction to the lead single ‘Shockwave’ was biblical. It shot straight to the top of the Official Vinyl and Trending Charts, in the process underlining Liam’s status as a rock star who speaks to new and established fans alike. And his current momentum is only going to continue to explode over the weekend when he hits Glastonbury’s Pyramid Stage on Saturday evening.

Now Liam previews the Glastonbury set by sharing his brand new track ‘The River’. Powered by a visceral, driving riff – think Led Zeppelin powered by Madchester energy for 2019 – ‘The River’ finds Liam’s distinctive sneering vocal delivering a rallying call for the current generation to fight for change. Its anarchic attitude targets the figureheads of the establishment – from money-sucking MPs to vacant celebrities.

The track was co-written by Liam alongside the track’s producer Andrew Wyatt, who was a key collaborator on the all-conquering solo album ‘As You Were’.

‘The River’ lives up to Liam’s ambition for ‘Why Me? Why Not.’ As he stated:

“I want the second album to be a step-up because the hardest thing to do is to make something the same, only better. So that’s what we’ve done. It’s a better record than ‘As You Were’. Which is saying something, as that was epic, wasn’t it?”

Both ‘The River’ and ‘Shockwave’ are available as instant downloads for fans who pre-order ‘Why Me? Why Not.’ The album will be available on a variety of CD, vinyl, download and streaming formats. There will also be a special D2C package which compiles a deluxe CD, a sun yellow vinyl album and a one-sided etched 12” which features three deluxe bonus tracks along with a demo recording that’s exclusive to this format – all packaged in a hardcover book. Liam has today revealed the ‘Why Me? Why Not.’ album cover, which features a new portrait courtesy of photographer Tom Beard.

Liam has also announced details of a major UK tour. The 11-date schedule includes a huge London show at the O2 Arena as well as what’s sure to be a rapturously received homecoming set at Manchester’s MEN Arena. Huge demand for tickets has been a hallmark of Liam’s solo career. His debut UK arena tour saw all 100,000 tickets sell out within a morning, while all 40,000 tickets for his Finsbury Park show were snapped up within minutes.