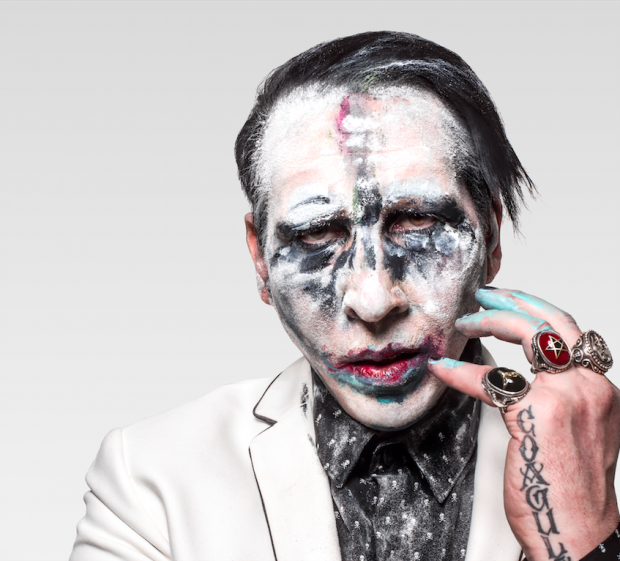 Marilyn Manson releases ‘Kill4Me’, the second single from his forthcoming album ‘Heaven Upside Down’ set to be released on October 6th via Loma Vista Recordings. Manson asks his fans to brutally pledge their devotion on the industrial rock anthem. The new single follows the release of ‘We Know Where You Fucking Live’, which “trolled the dark frenetic territory that made Manson a God-like figure to so many” and is matched by a sinister NSFW video.

Yesterday, Manson gave candid career-spanning interview on The Howard Stern Show on Sirius XM. He talked matching back tattoos with Johnny Depp, his reconciliation with Trent Reznor and even let Howard read his text messages from Justin Bieber.