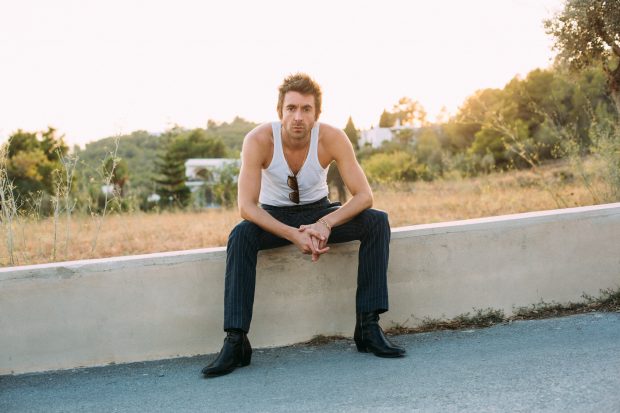 Following a string of summer festival dates and currently working on a new album, Miles Kane returns with his latest single ‘Blame It On The Summertime’ which is out now. Miles has also announced he will head out on a special intimate run of UK dates this October to road test some new material.

Produced by Cam Blackwood (George Ezra) and Jamie Biles and written by Miles Kane, Jamie Biles and Paul Butler (The Bees), ‘Blame It On The Summertime’ is a feel good indie hit. Speaking of the single Miles said,

“This tune is about feeling stuck in a relationship that has become toxic and the clarity that the summertime brings on these seemingly impossible situations.”

After headline shows at Glasgow’s SWG3, Skeleton Coast Festival and a string of festival dates over the summer, Miles and his band will head out on a UK tour this October with support from Buzzard Buzzard Buzzard and The Illicits (Southend Only) and will also be headlining Neighbourhood Festival in Manchester.

Tickets for the October Tour go on sale at 9am on Friday 6th September. Fan pre-sale begins 5th September at 9am, sign up to the mailing list for access. Neighbourhood Festival is on sale now.