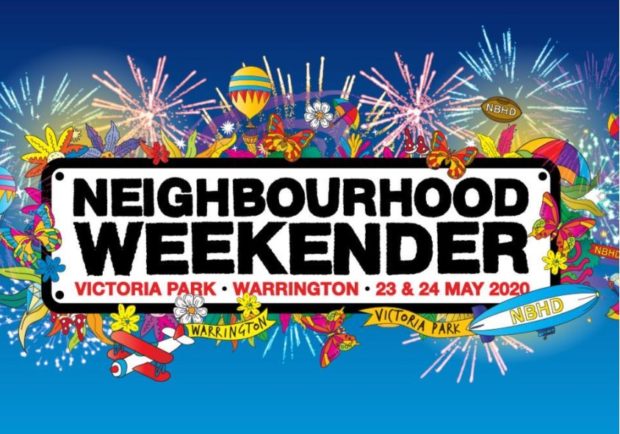 Ian Brown and Catfish And The Bottlemen have been confirmed to headline Neighbourhood Weekender at Victoria Park, Warrington on 23rd and 24th May 2020.

This huge hometown return for Ian Brown will be his first major solo headline performance in almost a decade and also marks four years since The Stone Roses took over Manchester’s Etihad Stadium for four nights. Ian Brown released his self-produced album, ‘Ripples’ earlier this year to major acclaim, The Guardian describing it as “a beguiling, anthemic return.”

Following their exceptional performances at this year’s Neighbourhood Festival in Manchester; The Sherlocks, The Magic Gang and The Big Moon are also heading to Warrington next year. Meanwhile, alt-pop favourites Sea Girls, Fickle Friends and The Orielles are raring to go in 2020 and are bounding to get you dancing at Victoria Park.

Irish rockers The Murder Capital are going to bring an intense set of hard-hitting post-punk, whilst fellow countrymen Inhaler will provide a summery helping of anthemic rock. Elsewhere, Sports Team, The Lathums and Working Men’s Club offer something different, with their varying brands of alternative rock seeing them all breakthrough in 2019. Rounded off by other exciting, local, newcomers, including Liverpudlians Red Rum Club and The Mysterines, along side Mancunion Phoebe Green, Neighbourhood Weekender is once again the place to find the best new indie acts.

Neighbourhood Weekender kicks off the summer, bringing together an incredible weekend of live music across three stages, from the biggest acts to the best breaking new bands, alongside a hub of local concessions, and a unique community feel.

Tickets for Neighbourhood Weekender will go onsale Friday 22nd November at 9.30am via www.nbhdweekender.com , www.gigsandtours.com  and www.ticketmaster.co.uk.

An exclusive presale for Warrington residents (WA1 to WA5 postcodes ONLY) go on sale Wednesday 20th November at 9.30am via  po.st/NBHD20pre.