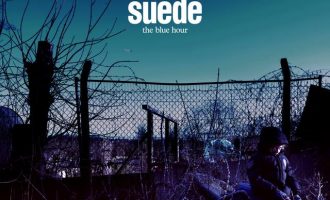 20/09/2018 0
Suede have always been a treasure amongst the British music scene. From the iconic ‘Self Titled’ debut through to their previous record ‘Night Thoughts’, there has always been a certain urbanised...

19/09/2018 0
The Debut album from the Manchester outfit is one of glorious 80’s inspired perfect pop. For fans of the 1975, it is easy to see why Hannah Gracie and Co. have been drafted in as the tour support...

03/05/2018 0
Reef return with an astonishing album to ‘Come Back Brighter’ and one that has very much been worth the wait to ‘Place Your Hands’ on.

28/09/2017 0
Wolf Alice return with an album brimming full of confidence, chaos, experimentation and so much more.

06/09/2017 0
Birmingham's Superfood are set to release 'Bambino' - an album full of melody and elegaic pop to please the ears.

03/06/2017 0
Alt-J have received nothing short of praise following each of their album releases to date. Back in 2012, ‘An Awesome Wave’ won them the Mercury Music Prize, and follow up album,...

30/05/2017 0
Adore//Repel release debut album 'Empty Orchestra', an album brimming full of influences and showcases the band as a future force to be reckoned with.

10/05/2017 0
The boys from the Welsh valleys, Manic Street Preachers have given fans another treat in the form of a reissued version of seventh album ‘Send Away The Tigers’. Originally released in...

03/05/2017 0
Kasabian are one of those bands that tend to give an advance summary of their new music, but sometimes miss-fire by throwing false clams out there. For this, their sixth opus, guitarist Serge...

06/02/2016 0
Bristol's finest alternative dance icons return with a spectacular ep to whet the appetites in between albums.

17/11/2014 0
The Irish songwriter returns with her fifth album providing an envelope of dreamy yet stunning soundscapes.

20/10/2014 0
In 2012, London based soul/R & B songstress Jessie Ware appeared with a near perfect collection of slick, shining down tempo tracks in the shape of ‘Devotion’. The nu-wave dance of...

Dry the River – Alarms in the Heart

06/08/2014 0
Beats and vocal harmonies abound in this catchy but not entirely original debut EP.

04/08/2014 0
A solidly enjoyable indie-folk album from the bushy-browed singer-songwriter.

14/07/2014 0
Brimming with angsty vitality and dream-pop sensibilities, Hold Still Life is a brilliant introduction to Brooklyn's newest export.
Next
Page 1 of 10