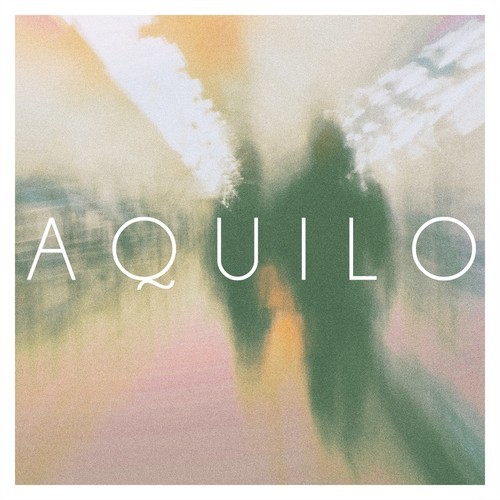 There is a gentle softness to Aquilo that makes their music extremely interesting. The duo; Tom Higham and Ben Fletcher met in their home town in the Lake District, have released their debut self-titled EP just a couple of days before they play their first live show, supporting Arthur Beatrice in London.

The EP opens with ‘You There’; a highly emotive, expansive track which shows creativity far beyond a debut. The two voices combine effortlessly; gorgeously, in a track which seems to be lifted from the vast surroundings of The Lakes. The slow number; led by a piano doesn’t do anything unexpected, nor take the song into a place it doesn’t belong. Instead, it stays within it’s comfort, it’s simplicity being it’s pleasing feature. The track grows; introducing strings and more harmonies before slowly fading. It’s a sublime introduction.

Featuring a more synth core; ‘It All Comes Down To This’ seems inspired by Hurts, without treading on their style. Its hypnotic drum-beat and sharp vocals combine to create a great track. The vocals impress; mixing between falsetto and modal (normal) voice brilliantly; the chorus for ‘Part of  Your Life’ especially to note.

The final EP track seems to be a more conventional dance vibe. ‘I Don’t Want To See It’ features a pulsating beat; the groovy, yet chilled track is the icing on the cake for the EP. Combined, the EP covers great ideas and potential directions; it will be interesting where the duo decide to go next.

This band are clever. The Aquilo EP features four fantastic tracks which demonstrates great promise for the duo. Now, being picked up by Arthur Beatrice and slotting nicely into the creative-indie category, Aquilo should be gaining momentum in the not too distant future.

Aquilo EP is out now – you can listen to the EP below.