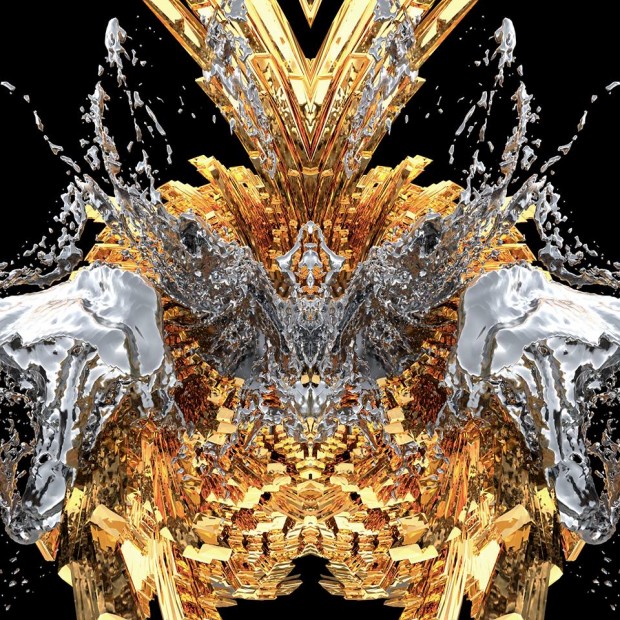 Southampton’s BAND OF SKULLS are about to release their third album  Himalayan upon the world, and the world needs to prepare for what’s coming. The three piece from the Solent have combined the highlights of the previous albums, with some monster riffage of new. Opener and first single ‘Asleep At The Wheel’ is a prime example, a bouncy stomp featuring heavy riffage and the statement: “Where we are going is anyone’s guess.” It’s a bold beginning that, according to frontman Russell Marsden, “bridges the gap between the last album and this one”.

Rocking in to a slow spy thriller-tinged intro announces an older song, ‘Cold Sweat’, before the track evolves into a full-on James Bond-esque theme tune when strings are introduced, it’s effects sounding like an aftershock from an epic film scene. Second single ‘Nightmares’ arrives, an addictive riff drilling its way into the mind instantly; the song then slows down, giving a glimpse of the answer to that question of where the band are going; its soaring chorus launches the track into anthemic territory with Marsden and Emma Richardson dovetailing vocal duties superbly.

‘Brothers And Sisters’, another foot tapping anthemic stomp, in places recalls the likes of The Black Keys,  whose influence may well be the result of BOS’s support slot on their last UK tour.It does almost feel as if there are too many lyrics being crammed into the verses, before Marsden delivers the line “we’re all brothers and sisters in the end” in Ian Brown style. ‘I Guess I Know You Fairly Well’ seems to hark towards an almost Dan Auberbach soundscape, where minimal, twanging guitar leads to another blast of Led Zeppelin riffage amidst pummelling drums and thumping bass.

‘You Are All That I Am Not’ then changes the pace, a slow, strong ballad that starts off quietly before reaching for the sky with another euphoric, lighters in the air chorus of “don’t cry for tonight love will see you all right” preceding a rocking, heavy instrumental break. ‘Heaven’s Key’ is formed around a melodic riff that recalls A Flock Of Seagulls’ ‘(Wishing) If I Had A Photograph Of You’  amidst thunderous clashing cymbals, and the quivering synth-backed ‘Get Yourself Together soars again as another ballad pops up.’

By the end of the album, it’s clear to see that Band Of Skulls are heading for the big time. They’ve certainly aimed for the mountain tops with ‘Himalayan’ and quite often they reach the summit. With the band’s sound now finely tuned, they are peaking and it can be only a matter of time before they emerge from behind the shadows in to sell out tours, major festival positions and the praise they very rightly deserve.