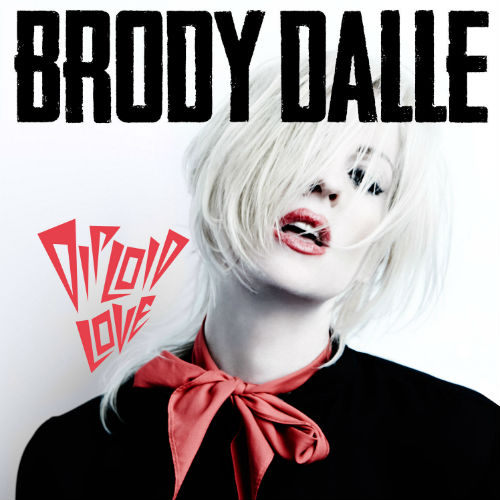 Childhood abuse, crystal meth addiction, a rocky celebrity divorce, and motherhood –Brody Dalle has been through it all. The former front-woman to bands like Spinnerette and The Distillers, has emerged from the ashes of her tempestuous history to produce her first solo album, Diploid Love.

Partly recorded at her current husband’s (Josh Homme of Queens of The Stone Age) California studio, Pink Duck, the nine tracks of Diploid Love were written solely by Dalle over the course of a year. While the atmosphere of her former punk band, The Distillers, was riotous California-punk, her work with Spinnerette had a more of lo-fi pop sheen to smooth things out. Fans of Spinnerette will be pleased to hear that Dalle’s solo album holds on to the fuzzier punk-pop tone of the former band.

The album’s lead single, ‘Meet The Foetus / Oh The Joy’ is an upbeat, grunge soaked ode to her son with vocal support from Garbage’s Shirley Manson. As the record chugs along, Diploid Love proves that Brody Dalle was the heart and soul of every band she’s fronted. With added instruments like ukulele and trumpets, the album feels less constrained than her band efforts, especially during the sedate string-accompanied ‘I Don’t Need Your Love.’ As Dalle croons “I don’t need your love, love, love…” her voice is almost unrecognisable; it’s smooth, sensual, delicate –almost the polar opposite to her usual strong, raspy punk shout.

Brody may have found her soft side, but don’t let that fool you. Her roots in punk rock are still stronger than ever as she returns to pumping rhythms and soul-bearing lyricism in ‘Blood In Gutters’ which rumbles along unceremoniously as she calls out “find your weakness, go on, kill it.” Much like ‘Blood In Gutters’, Dalle says ‘Don’t Mess With Me’ is a brawling anthem for “for my kids, and kids everywhere who are bullied for being different.”  The record, which has been described as a “deeply personal album” is forged from her own blood, sweat, and tears as the writer, musician, and co-producer of the project, alongside producer Alain Johannes (Arctic Monkeys, Them Crooked Vultures).

Brody Dalle is without a doubt one of the strongest females in rock, and she’s earned her place among punk legends. With a little help from her friends; Nick Valensi (The Strokes), Emily Kokal (Warpaint),  and Hayden Scott (AWOLNATION) among others, Diploid Love is as close to a perfect debut solo album as you could get. Brody Dalle manages to hold on to the unique sound that she has pioneered in previous projects, while expanding her borders with a more diverse musical range. Diploid Love finds the perfect balance between clean and gritty, in Dalle’s most mature and charmingly written venture to date.