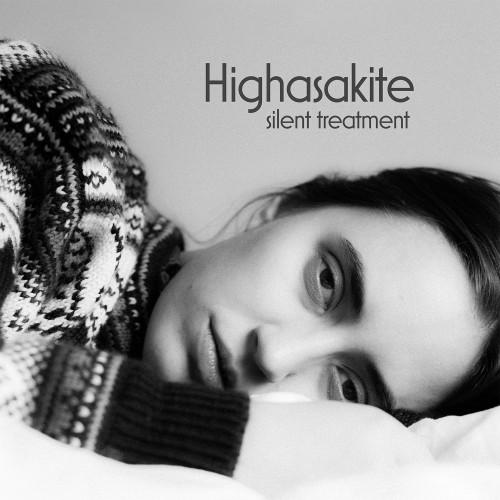 Highasakite’s debut album, Silent Treatment, is a diverse indie-pop collection of addictive music and articulate outpourings. The Norwegian five-piece released the record in the UK earlier this month, and it is expected to release in the US on April 8th. The album follows two EPs and the record’s featured single, ‘Since Last Wednesday.’

As a whole, Silent Treatment is a lucid 10-track creation, with bitterly hopeful lyrics and pounding, layered compositions. Front-woman Ingrid Helene Håvik delivers a unique vocal epicentre for a beautifully crafted mosaic of sound. The lyrics are often unexpectedly candid and sharply vitriolic, poetically crafted to maintain serenity. The band manages to form contagiously catchy melodies, despite the extensive variety of eccentric sounds exerted by instruments like guitar, synths, and the flugabone.

‘Since Last Wednesday’ is the album’s lead single, and it is almost guaranteed to get stuck in your head. With a dancing guitar pattern and a powerful steel percussion trio thumping like a nervous heartbeat, Håvik’s accent contributes to the unique tone of her voice most in this track. Her voice is the driving force behind their music, mirroring the expansive reach of genres with which the band grapples. In tracks like ‘Lover, Where Do You Live?’ Highasakite are reminiscent of a synth-fuelled Enya, especially in ‘The Man on the Ferry’ which subtly evokes Enya’s 1988 hit ‘Orinoco Flow.’ At the midpoint of the record, ‘My Only Crime,’ incorporates a folk sound with Håvik’s voice, which at moments is reminiscent of Laura Marling.

The dramatic tension continues to build in ‘I, The Hand Grenade’ with the lyrics ambiguously revealing “Yeah the real terrorist is me, my love/ Still nothing to gain we solve for more/ Flight trade coffins load into the ground.” The two following tracks, ‘Darth Vader’ and ‘Iran’ release some of that energy with an upbeat tribal percussion. The clapping drums and exotic yodelling exalts a sound that sounds as though it would be at home in the midst of an Indian jungle.

Silent Treatment ends with a sunny sounding anthem, and a hidden track which rewinds the album’s music to reveal an unsettling, yet surprisingly beautifully, atmospheric landscape. With the track playing in reverse, none of the words are intelligible, but it serves as further proof that Håvik’s incredible voice works both ways. As a debut album, Silent Treatment is a bold and unique first record with the perfect blend of the eccentric and the downright catchy.