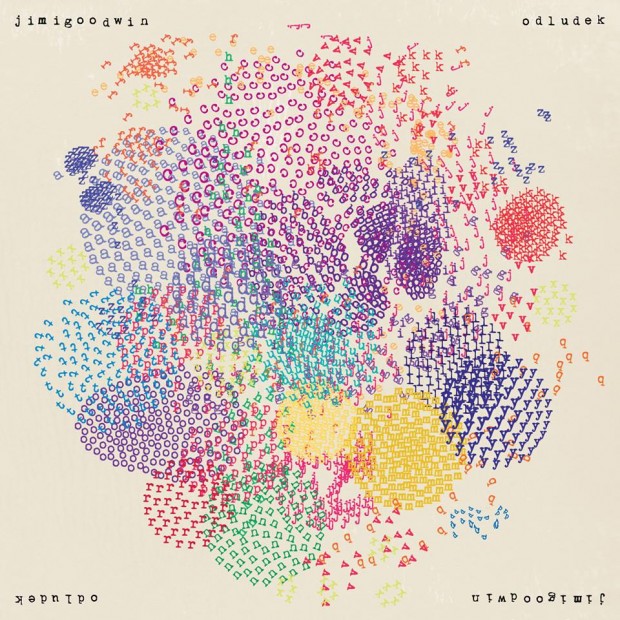 Developing on to a solo career from fonting one of the UK’s most successful yet (unfathomably) still “underground” bands is never an easy feat, especially when your vocals are virtually synonymous with that band’s output. Yet Doves front man Jimi Goodwin gives this a damn good go. From the startling opening to ‘Terracotta Warrior’, he gives the impression that, with Odludek, he wants to carve a path all of his own.

Goodwin’s distinct vocals become only a small part of this fascinating record. Buried within the mix, it is a case at times of letting the melody take control and seduce your ears in to a state of pleasure. Across the whole album, he sounds refreshed and free from the confines of Doves. At times, although there is a clear vision on this record, the differentiation between the two isn’t as clear as he might like. ‘Didsbury Girl’ is laced with their lush melodies and ear-catching bass lines. The only thing that begins to tear it aside is the guitar line from half way through. It sounds nothing like you’d expect from his former outfit, chunkier even. When he announced his solo project, Jimi described it as wanting to sound like a “mixtape you used to make for friends from taping off the radio”. That is a perfect summary, both for this track and recent single ‘Oh! Whiskey’.

‘Hope’, the eclectic and exuberantly funky ‘Man vs Dingo’, and ‘Lonely At The Drop’ showcase what a superb wordsmith Goodwin is. His keen eye for a truthful tale and sublime storytelling is not to be missed. One of the highlights of the record is the stunning ‘Like A River’. It’s semi dance/techo undertones hark back to the Sub Sub days of old, before a rather funky and heavy bassline could come in and, the vocals in tow, take the song off in another direction. Emphasis again on the “mixtape” idea, and boy does it work. This track alone deserves high praise and dare I say, a little commercial appreciation.

‘Ghost of The Empties’ again is sublime, experimental and gorgeous. It’s delicate tone, summery acoustic guitars and spiralling piano escalate you to a higher plain the deeper the song gets inside your head. Across the whole record you get nice little warm and uplifting surprises, like the chorus of voices, and the mandolin on ‘Hope’, the stop start epic-ness of ‘Oh! Whiskey’, the simple but escalating gorgeousness of ‘Ghost of The Empties’, and finally on the album’s closing track ‘Panic Tree’.

As the album comes to a close you feel like you have been taken on a journey through a creative mind, seen a peek behind-the-scenes of a genius at work. Little samples of tracks that have never seen the light of day, shouldn’t work together as one, yet somehow magically do. It re-emphasises just how underrated Jimi Goodwin is in any incarnation.

Odludek is out on March 24th via Heavenly Recordings.