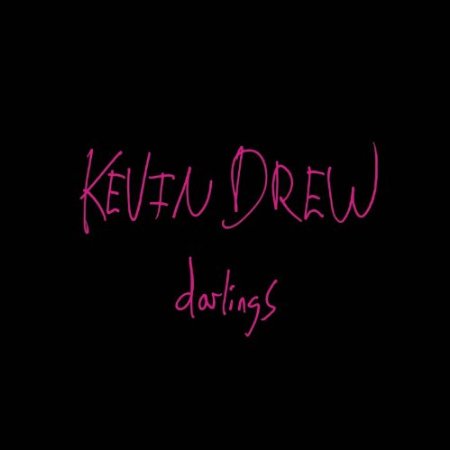 Broken Social Scene are undoubtedly one of the most unusual musical projects embarked upon in the last twenty years. Founded by Kevin Drew and Brendan Canning back in 1999, the musical collective has seen its numbers fluctuate from 6 to 19, with members coming and going in amongst their respective solo and alternative projects. As co-founder, it is Kevin Drew’s name that is perhaps most closely associated with them, but with Darlings (only his second solo album, and the first outside of the BSS umbrella) he steps out on his own, making himself a lot more vulrnerable in the process.

He’s produced the kind of album that can only come from someone with considerable experience working in a diverse musical environment. Much like St. Vincent (formerly a member of Polyphonic Spree), he’s obviously taken on board an incredible range of techniques, styles and influences. From track to track, he dabbles in everything from electronica to stadium rock, and while he doesn’t always quite hit the mark, it shows admirable song-writing diversity.

‘Mexican Aftershow Party’ and ‘You Gotta Feel It’ combine industrial dub beats with sweeping synths and Drew’s beautifully restrained vocals, the former taking on a darker, more surreal tone, while the latter captures a sense of quiet optimist. ‘Bullshit Ballad’ builds from its cacophonous opening into a reverberating piece of guitar-led indie-rock, with more than a few hooks under its belt. Following on from that, ‘My God’ is a stark and poignant contrast. “My God, did you really give up?” Drew asks, his naïve disappointment so much more arresting for the metronomic beat that gives the song its anchoring rhythm, amongst a sound awash with sustained chords and muted acoustic arpeggios.

Recent single ‘Good Sex’ is arguably one of the weaker songs on the album.While not the R-rated raunch-fest its name might imply, it is an open and honest, piano-driven number that strays dangerously close to U2’s mild-rock territory. Even this song isn’t bad in itself, and will surely find an audience, but in comparison to the album’s best moments, it isn’t quite so inspiring.

Overall, however, Darlings is a beautiful, challenging album, whose changes in pace and texture mean there’s no such thing as ‘filler’. With fifteen years of experience behind him, it comes as no surprise that Kevin Drew is an accomplished songwriter, but with this record he’s shown just how understated, and how epic, he can really be.

Darlings is released on March 24th via City Slang.