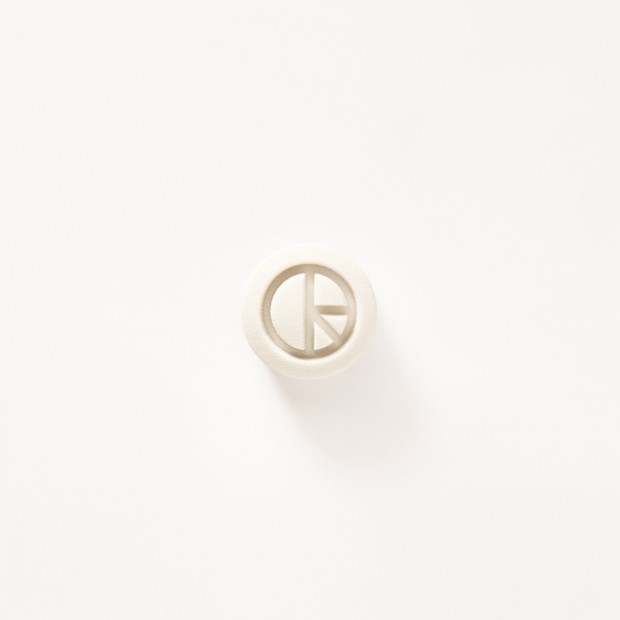 Whilst it’s been four years since London’s Klaxons released their last album, Surfing the Void, it still came as something of a shock earlier this year when the nu-rave band released their double A-side ‘Children of the Sun‘, and the quite superb ‘There Is No Other Time‘. Added to the excitement was a (very) intimate UK tour, it was quite clear that what once seemed like a sinking ship had finally begun to resurface – something unexpected. Now, having toyed with fans by releasing nearly nearly half of the album early, the band are set to release their third full length, Love Frequency.

It isn’t a subtle or subdued entrance to the album, with ‘A New Reality’ piano-synth (seemingly inspired by Daft Punk) belting out within three seconds, as the combined voices of Jamie Reynolds and James Righton sing harmoniously “Remember when you dream, to see the way you want it to be”, before the true Klaxons’ sound kicks in. It’s dark, boisterous and very Myths of the Near Future. The opener is a tangle of noise which will be not only one of the highlights of their summer festival set; but potentially of any festival as a whole.

The tempo stays high with ‘There Is No Other Time’. Even on their slightly more commercial side, Klaxons don’t tread too far into the ‘pop’ territory. However, it’s much more than a toe-tapper, proving to be a really bouncing track during their recent run of dates. ‘Out of the Dark’ is a true electro-dance track, with its slow beat, piercing vocals and an excellent groove. The band, it seems, are shrugging off their limited ‘nu-rave’ shackles in style, and this track will surely be a big single for them.

Love Frequency keeps focus, something it’s predecessor, Surfing the Void, didn’t quite manage. ‘Liquid Light’ is a wonderful three minute instrumental; one of the album’s gentler highlights, it features an unearthly jingle, and a rhythm that is maintained for the 60’s inspired ‘The Dreamers’. This is a real shift for Klaxons, a simple track which is far from the high-energy electronica of their earlier hits.

It was a shock to see Klaxons return, but perhaps it’s more of a shock at how strong their third release is. Whilst fans of their earliest album may be disappointed, this album is far from the hard-hitting nu-rave days, and it’s fair to say that it’s a welcome relief that they’ve come so far since that time. That was then, but Love Frequency is definitely the now.

Love Frequency is out now via Red UK.