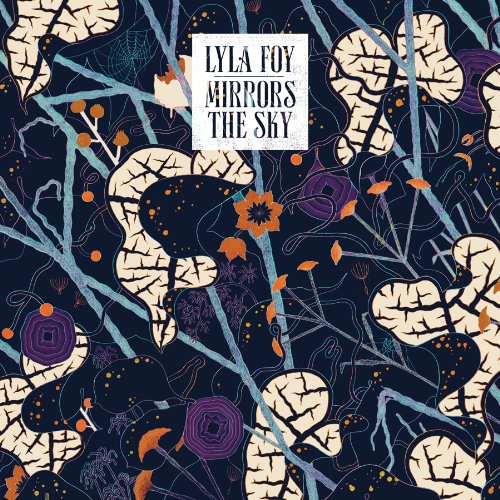 London-based singer-songwriter Lyla Foy’s name may not be familiar yet, but her previous incarnation as WALL may well be. Having racked up some seriously impressive buzz with her first single ‘Magazine’, and the subsequent Shoestring EP, she decided to drop the alias and release her debut full-length Mirrors the Sky under her own, equally stage-ready name.

Given the promise displayed so emotively in her first few recordings, it’s easy to understand why she was snapped up by Sub Pop (whose roster has become increasingly acoustic and touchy-feely as they’ve entered the 21st Century). While Mirrors the Sky feels like a natural progression from those early tracks, it also serves to highlight both the strengths and weaknesses in her laid-back, stripped-back style.

‘Honeymoon’, while imbued with a lush, verdant sense of beauty, is a lethargic lead into the album, and could perhaps have worked better later on in the record. ‘No Secrets’, with its chugging, palm-muted guitars, offers a more promising opening gambit, and Foy’s knack for poignant yet strikingly simple lyrics making sure it packs an emotional wallop. “Am I allowed to love you yet? I have no other to forget”; its impactful stuff. It was the first song that Foy ever wrote for her solo project, and is easily one of the strongest on the record, but it doesn’t quite build to the climax that it could.

‘Rumour’, with its ¾ rhythm and prominent, folksy guitar part, stands out amongst the album’s mostly electronic instrumentation. Its shuddering synthesized pulses and echoes create an underlying darkness, but the muffled snare and acoustic chords make this feel like an old country tune turned on its head. ‘Easy’, following on, is one of the album’s best songs. Foy’s voice finally seems to come into its own, gaining a powerful yet ethereal quality as she reaches into her higher register. Combine this with a refreshingly upbeat rhythm section and accompanying keys, and it comes out sounding like Robyn if you caught her without a synthesizer to hand.

Mirrors the Sky is by no means a bad album. In fact, it’s quite a good one. But it’s an album that promises future brilliance, while only delivering glimpses of what that might entail. When she’s at her best, Foy has an ear for a perfectly balanced, melancholic pop song, but at times the slow pace and repetitive instrumentation make this feel monotonous, allowing it to fade into the background. A promising debut, but hopefully there’s even better still to come.

Mirrors the Sky is released on March 18th via Sub Pop Records.