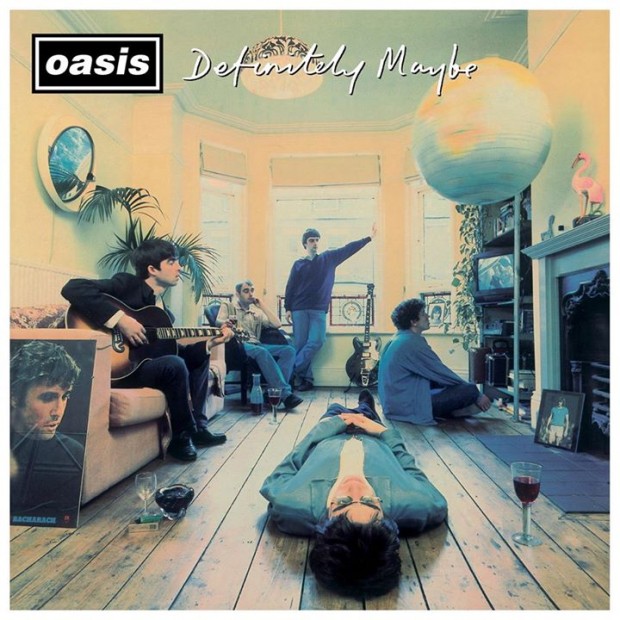 Amazingly, it was twenty years ago that a group of 5 young men from Burnage, Manchester,  and released what was to become the fastest selling debut album of all time in that era. Oasis dropped the bombshell that would define a generation, and officially give birth to the term ‘Britpop’. Two decades later, the band might not be together anymore, but like the Stone Roses, Happy Mondays, New Order and The Smiths before them, the album still measures upas one of the finest records of its time. Released as a repackaged and remastered three disk-edition, Definitely Maybe is re-presented to its fans with a whole new bunch of attitude.

Disk 1 is kept simple, the whole album expertly re-mastered by Ian Cooper at Metropolis Studios. Starting off with the incredible ‘Rock ‘N’ Roll Star’, the album has lost none of it’s magic across the decades, still sounding loud, still sounding brash and full of attitude. The singles ‘Shakermaker’, ‘Supersonic’, ‘Cigarettes & Alcohol’ and the timeless classic ‘Live Forever’ sound as majestic today as they did then. ‘Columbia’, ‘Bring It On Down’ and ‘Up In The Sky’ remain angry, inspiring and full of tales about escaping the city. ‘Married With Children’ closes the album as it always has done, simple, fun and begging you to hit ‘play’ again… except this time you don’t have to.

Disk 2 starts to get interesting. For the casual fan it is the opening to a treasure trove. Noel Gallagher, undeniably, has always had a talent for writing a good song, and these early B-sides were just as legendary as the album itself. Starting off where it all began, the White Label demo of ‘Columbia’ sounds more intense and raw than the final version, you can see why Alan McGee got excited. The first CD version of the classic ‘Sad Song’ in the UK is also something to get excited about. This is an absolute gem that was hidden away on the Japanese version and vinyl edition for too long. Other gems on this disc include ‘Take Me Away’, ‘Cloudburst’, ‘Fade Away’ (Which was bumped off the final album for ‘Slide Away’) and the closing ‘Half The World Away’  (famed for it’s use as the theme to TV’s The Royle Family).

Disk 3 is the icing on the cake of this collection and, for the hardened Oasis fan, is the most interesting of the three. Containing various live renditions of album tracks and B-sides, this is an insight to how raw, loud and brash Oasis were in the early days. The opening ‘Supersonic’ from Glasgow Tramshed initially sounds like a different band. Liam’s tones sound incredibly young, before the legendary “snarl” took over. In some instances such as the ‘Cloudbursting’ and ‘Columbia’ demos, you could be mistaken for even thinking it was fellow Brit Pop champion Rick Witter (Shed Seven). Noel’s first demo of ‘Half The World Away’ is simply delicious and incredible to think it was recorded in a hotel room in Tokyo. Bizarrely, the final highlight on this CD is the ‘Whatever (Strings)’ track. Quite simply it is nothing but the string arrangement for the single. Without any vocals or band instruments, this sounds penomenal in it’s own right. A perfect way to close an extraordinary reissue.

Oasis were unofficially, the path-layers for the ‘Britpop’ movement. This package is the perfect trip down memory lane to an era where the music was raw, things were loud and brash. The Gallaghers were brothers, and no one could envisage how this journey would move forwards. The fastest selling debut of its time, Definitely Maybe is a legend. If you still need a way to discover Oasis, this is the perfect place to begin. Immerse yourself in the mid-90’s culture, dig out your “John Lennon Rounded Glasses”, grab a can of lager and relax with this playing loud. Who says a trip down Memory Lane isn’t good for the soul? 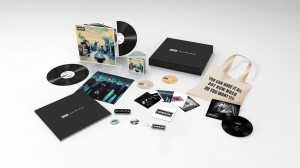