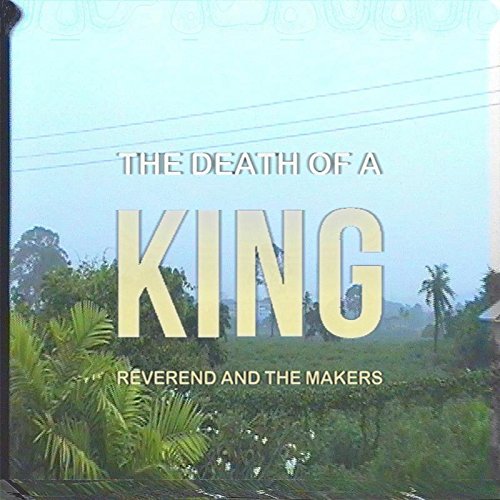 Jon McClure and his Merry Men (and Wife) have returned with their sixth album ‘Death of a King’ which is their strongest body of work since 2012’s ‘@Reverend_Makers’. They have become Sheffield’s answer to the Courteeners in that they have worked themselves up from the grass roots and sustained an ever growing fanbase. ‘Death of a King’ sees the band building on past successes and experimenting in grandeur fashion.

Opening track ‘Miss Haversham’ sets the tone for, an albeit, short but brilliant record. The majority of ‘Death of a King’ has a heavy two-tone vibe to it, probably emphasised by the recording process being carried out in the relaxed atmosphere of Bang Saray in Thailand. ‘Boomerang’ sounds particularly like a lost Specials track.

Those who are familiar with Reverend and the Makers previous singles may be surprised that the only tracks that would fall in to the guitar and bass heavy category are ‘Too Tough To Die’, which was the first single to be lifted from the record and ‘Autumn Leaves’.

The experimentation on the album comes in the form of swapping vocalists for some tracks. Echoing the collective musician vibe of the early days, ‘Juliet Knows’ is sung by Joe Carnall (Bass), ‘Auld Reekie Blues’ is sung by Ed Cousins (Guitar), and ‘Black Flowers’ is sung by Laura McLure (Keyboards).

The fun and jaunty ‘Carlene’ transports you back to a place in time when holidays to the old English seaside were still popular as you can feel yourself being transported to a world of 1920’s striped bathing costumes, Victorian piers and Punch & Judy shows. However, as the song begins to grow and develop, we are immediately cut off at the 1 minute mark.

This is possibly the albums’ only downfall; it is far too short in length. The average length of the tracks clock in between the 2 and 3 minute marks. There is simply not enough time to envelop yourself in the tunes and stories’ being told before the next one is beginning. You cannot help but wonder whether the tracks would have taken on a further life of their own had they been expanded. This doesn’t however, detract from the story telling and great song-writing evident across the collection of songs.

The second half of the album has the potential to recuperate on the first half. It is a more traditional collection of tracks which feature the louder guitars, bass lines and scuzzy pianos alongside some wonderfully driven drumming. ‘Monkey See, Monkey Do’, ‘Autumn Leaves’, ‘Time Machine’ and ‘Black Flowers’ really stand out and feed the ears with the familiar sounds of the Makers letting rip a little. ‘Monkey See, Monkey Do’ has a mix of a Liverpool type Mersey Beat crossed with early era Oasis. Needless to suggest that this should be an absolute blinder live.

The highlight of the album however is ‘Black Flowers’ which shows off the talented vocals of Mrs McLure. You have to wonder whether it was confidence previously or just that the right track had not come along for her to showcase herself. There’s a hint of Portishead in both her vocals and the instrumentation backing her. At around the 3 minute 30 seconds mark, the track changes tempo and begins to rock out in a groovy style to the end.

There is an unlisted track at the end which ends up sounding like a nursery rhyme, but works and closes the album off perfectly. It also showcases what potential a duet between Mr & Mrs Rev would sound like as following Laura’s debut, hers and Jon’s vocals sound perfectly in sync. Maybe one to wait for on the next album.

Overall, ‘Death of a King’ is a good album. It could possibly have been a couple of tracks shorter, but album is too short in the first place. It is always great to have Reverend and the Makers back, especially in a time when the former glory of the charts have been over-shadowed by self-indulgent dance pop dirge. With a number of live shows happening this autumn and hopefully a second wind of wider UK dates to follow, ‘Death of a King’ is sure to fill a mighty hole in the current climate.