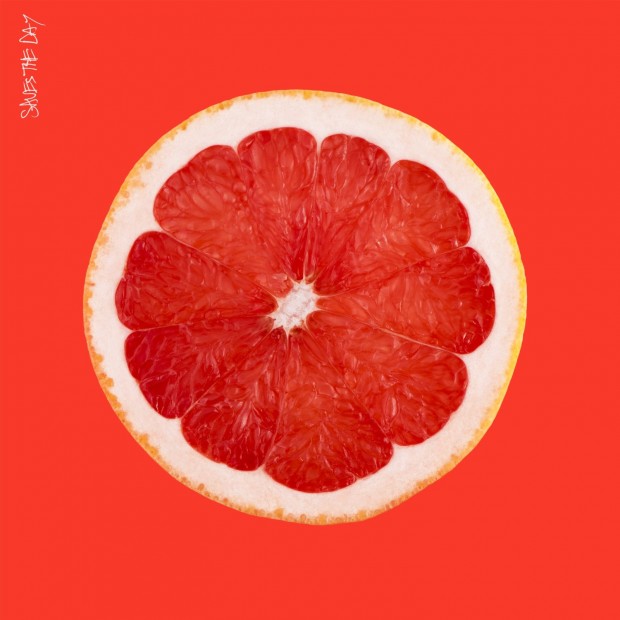 New Jersey four-piece Saves the Day are undoubtedly one of the most iconic bands to emerge in the US pop-punk/alt-rock scene of the mid-90s. Since releasing their first album, Can’t Slow Down, while they were still in high school, they’ve maintained a reputation as one of the most important, and most influential, purveyors of chord-driven emo music. With multiple personnel changes already behind them (vocalist Chris Conley is the only remaining member from that original teenage line-up), many bands would have struggled to maintain the consistency that STD have mustered. While at times that consistency can leave their music feeling a little predictable, it’s also pleasantly reliable. Their newest self-titled effort is no exception.

Saves the Day is an album chock full of mid and up-tempo rock, with power chords and guitar hooks a-plenty. Given that they’re onto their eighth album now, it’s no surprise that these tracks don’t stray too far from the standard STD template. That’s not necessarily a bad thing; no band sticks around for that long without getting something right. However, it’s starting to make them sound a bit, well, old.

“I remember doing nothing at all. Waking up with you, with nowhere to go” Conley sings on ‘Remember’, his nostalgia places him firmly at the older end of the spectrum. It’s an undeniably catchy and suitably anthemic opening track for the album, but it feels a bit 2003. In fact, the whole album is full of nods to the band’s early noughties alt-rock peers. ‘Beyond All of Time’ sounds uncannily like the brilliantly emotive rock featured on Jimmy Eat World’s Futures album, even if Conley’s vocals don’t capture the same dynamic changes that Jim Adkins managed so expertly. ‘Ain’t No Kind of Love’ looks back even further, echoing the vintage indie-rock of Weezer’s Blue Album , replete with cynical lyrics about relationships and love; all it’s missing is the hammered-on guitar riff to kick things off.

There are still some fantastic alt-rock gems to be found. ‘In the In Between’ is a riotous, energetic track whose guitar solos and relentless power chords, coupled with an irresistible chorus, are sure to instantly connect with fans. Clocking in at just under three minutes, it’s a powerhouse of a song. ‘The Tide of Our Times’ with its overlaid guitar lines and brutally efficient drum section, is another great inclusion.

By the time ‘Supernova’ comes along, it’s started going a bit Feeder circa Comfort in Sound, but closer ‘Stand in the Stars’ pulls everything back together beautifully. The country-tinged guitar parts in the verse provide a nice contrast with the hints of emo thrown in by the opening hook, leaving things on such an enjoyable note that hitting play again really feels like the only option

Saves the Day may not be the band’s best album, but it’s a solid enough addition to an already impressive back catalogue. It feels more like unearthing an as-yet-undiscovered emo classic than hearing an album written and recorded in 2014, but that doesn’t make it any less listenable. Sometimes, as Chris Conley puts it in ‘Remember’, it’s nice to “turn up the stereo and turn back the clock”. With Saves the Day, they’ve managed that pretty darn well.

Saves the Day is out now via Easy Life/Sony Red.