Swans – To Be Kind 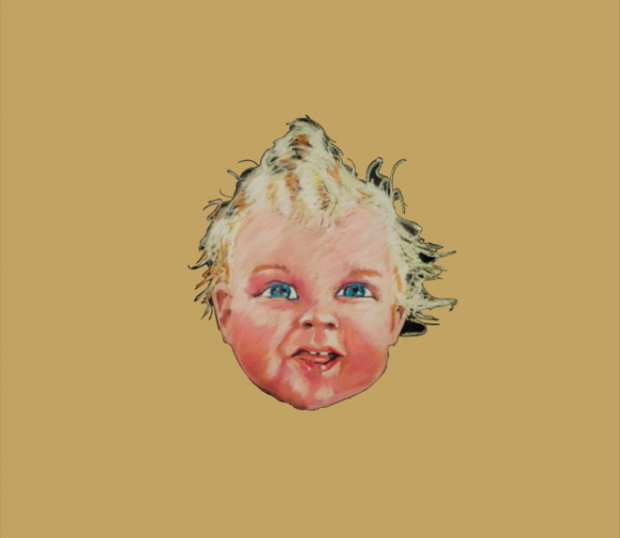 In 2010 SWANS awoke from their 14 year chrysalis, releasing a magnificently twisted record that was both eerily beautiful and filled with malevolent noise. My Father Will Guide Me Up a Rope to the Sky revealed that Swans had transformed from the Industrial brutes of Filth into a group of musicians psychedelically hell-bent on achieving the infinite. 2012’s The Seer was even grander, sprawling and huge in scope – it was hard to believe that anything Gira & co. could summon up afterwards would ever top it… but then again, Swans were never a band to shy away from a challenge.

Swans’ thirteenth studio album is a sprawling ear-fuck of a record, beautifully ugly and delicately piercing. A near contradiction of an album if it weren’t for the fact that the two opposite ends of the spectrum blend together so effortlessly.

‘Just A Little Boy’ opens with an intro that harks back to the muddy, ambient textures of Soundtracks for the Blind. That is until Gira begins squealing of childhood humiliation – “I’m just a little boy” – all the while shards of canned laughter echo disembodied in the mix, sounding if David Lynch directed a sitcom. As exemplified by artwork featuring Bob Biggs’ crying and disembodied baby heads, this is pure Freudian.

Sawing, hammering, a stampede of horses; just a number of things present in the 34-minute epic ‘Bring The Sun / Toussaint L’Ouverture’. The first half, layered with female voices which callback in an almost gospel manner, transitions into a dense dirge penned in honour of the titular Haitian revolutionary. Gira howls into one of the boldest statements Swans have committed to audio, surpassing the scope of even The Seer’s ‘The Apostate’.

‘A Little God In My Hands’, however, sees the band infected with a sickening viral funk. At first not worlds away from the kind of desert riffing expected from the likes of Queens of the Stone Age, the track lurches into disease, erupting into stabs of noise and an exercise in just generally terrifying backing vocals.

The record is laden with such tracks: perpetual grooves stretched to their furthest extent until burning up in a blaze of noise, exhausting themselves. A record spanning over two hours, however, would be nothing if not tedious without a change of pace every now and then. Luckily, the form of the album ebbs and flows purely organically, transforming cruel from tender. ‘Some Things We Do’ offers up a spectral interpretation of human existence: “we fuck / we pray”. While ‘Kirsten Supine’ (titled after a frankly otherworldly scene in Lars von Trier’s film, Melancholia) is entirely beautiful, shimmering and touching in contrast to the punk-shamanistic brutality of tracks such as ‘Oxygen’.

Here we find the closest Swans have ever been to translating the raw energy of their live shows to a studio album. To Be Kind is immediate, brutal, yet crushingly beautiful.

To Be Kind is out now via Mute Recordings.