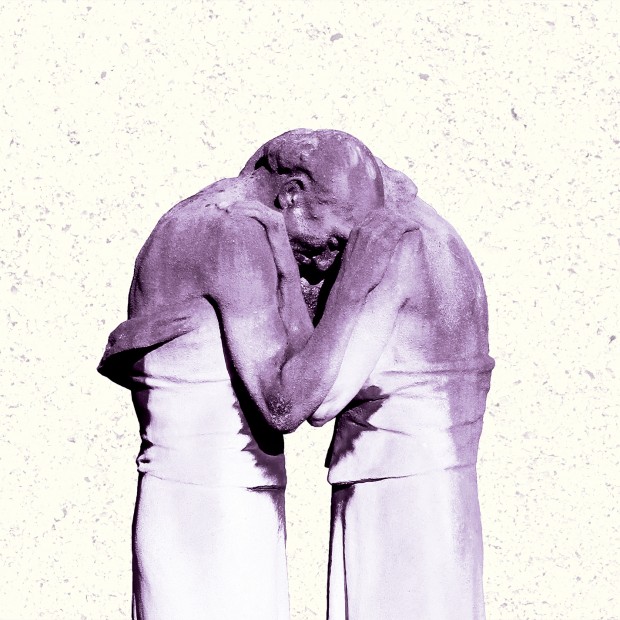 Brooklyn-born The Antlers have had quite a strange few years; after forming in 2006, the band proceeded to release four albums, however their most recent Burst Apart from 2011 was treated like a debut, as if the band had only started out. The album lead to comparisons to fellow countrymen The National and Grizzly Bear, but The Antlers have always had something a little different about them. With a three year gap between full albums, The Antlers released a bridging four track EP in 2012 titled Undersea. The tracks, which resonated like the currents, were creatively impressive and led to excitement for the full length amongst fans. It’s taken two years to come, but now The Antlers are now set to release Familiars.

Instantly, the album seems to be a much slower tempo to its predecessor, and more in line with the bridging EP. The seven minute long ‘Doppelgänger’ is an eerie, haunting track. With a minimalistic musical accompaniment interjected with sharp horns its origins don’t seem to be of this era. It’s cleverly crafted and constantly regains attention, perhaps purely for its unusual nature.

It’s the new single ‘Hotel’ which really captures the imagination nicely. The colourful piano section with twirling synths are penetrated by Peter Silbermans’ soft vocals – his distinct voice a trademark on his tracks. A sexy bubbly guitar part whirls every once in a while – similar to that on a Fleetwood Mac track. In comparison to Burst Apart, the music seems even more creative and more difficult to place in genre.

Familiars doesn’t have the diversity Burst Apart had; however, its comforting; soft approach sets the band apart from their alternative countrymen. Packed full of soothing guitars (such as ‘Director’) or interesting string sections, it’s a move away from the conventional and into an experimental territory which The Antlers seem to crave – a location where both they and their music seem to get the best results.

Familiars is released on June 16th via Transgressive.