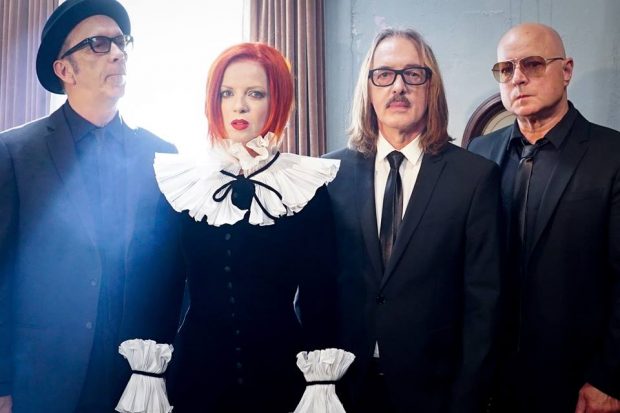 This weekend, the new series of Summer Events in Birmingham City Centre will conclude with two amazing shows from The The and Garbage.

Friday 7th September will see headliners The The will be joined by the Mercury Prize nominees Field Music. The finale on Saturday will find Alt-rockers Garbage will be supported by Newcastle quintet Maxïmo Park and Glasgow’s own Honeyblood on 8th September.

One of the event organisers, Mark Dennis of The MJR Group, shares why Birmingham is in need of a summer concert series like Skyline:

“Being born and bred in the city, I noticed that there was a lack of live music concerts in dedicated open-air event spaces like there are in other cities”.

He emphasized the convenience of getting to the Digbeth Arena, as Skyline

“follows the shift away from seeing big-named acts in a muddy field at a festival that’s miles away. You can now see your favourite artists, basking in the summer’s glorious sunshine (hopefully!), without the need for an expensive weekend festival ticket or travelling miles away from the city to a festival site. Digbeth Arena is just a short jaunt from New Street Station”.

Previously part of the Rainbow venues, the Digbeth Arena has hosted many metropolitan festivals in the past, including Annie Mac Presents (2013), MADE Festival (2014-2017) and Chapter Festival (2014 – 2017). Recently acquired by The MJR Group (worldwide event promoters and venue operators), the Skyline Series is one of the first events to be held in this unique open air space in the heart of Birmingham.

To compliment the array of musical talent, each night will feature a fantastic food village with plenty of local suppliers on hand to meet your culinary needs. Mark adds:

“We are honoured and humbled to become part of the innovative and artistic hub that is Digbeth, Birmingham. We have already started developing great relationships with the business and creative community here and look forward to what the future will bring.”

Tickets are priced from £27.50 and are available at www.skyline-series.com.