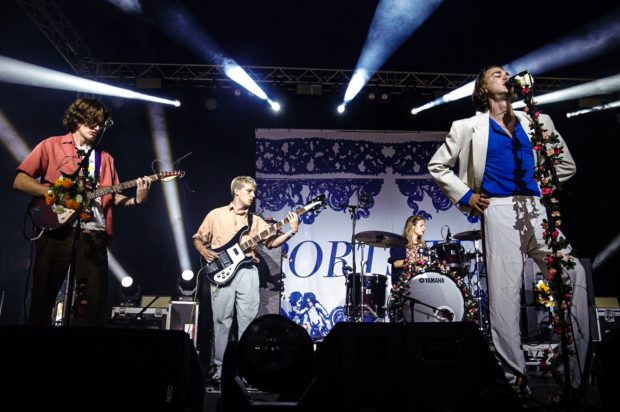 Sports Team have announced details of their highly-anticipated debut album, which is to be titled ‘Deep Down Happy’.

The record will be released on April 3rd via Island records, and comes along with a fast-paced new single ‘Here’s The Thing’ and a cheerleading-themed video.

“I don’t think we were conscious of doing it but the album maps the journey of moving in together in Harlesden, moving back to home towns to sleep on floors for 18 months, then coming back to London, weighing up whether being in a band with your mates, being young in London is still the best thing in the world. I think it probably is.”

Alex Rice on the Debut Album

The album will be available on CD, Vinyl, Cassette and a strictly Limited Edition Red Vinyl – all available to pre-order via the bands’ online store now.