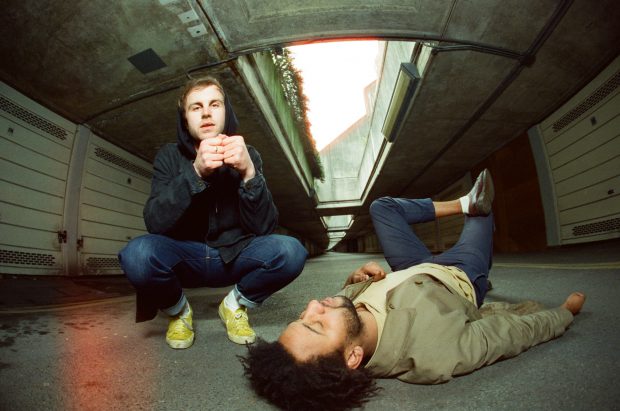 After spending the last couple of years in their studio exploring sounds and working on new music, SUPERFOOD return with the infectious ‘Double Dutch’, their first new material since 2014.

Having pressed reset on the band, SUPERFOOD will start their new incarnation with Dirty Hit Records. Their as yet untitled second album will be released later this year and is born out of a new found freedom, enabling them to take their music to completely new and exciting places. Free from outside influences, the self produced record bursts with light but the album’s creation wasn’t without its problems. “We had no money, no label and we wanted to give up several times,” says front man Dom Ganderton. The band emerged through the struggles with a record that serves as a document to perseverance, while putting to bed any notion of a difficult second record.

The London via Birmingham two-piece (Ganderton is joined by Ryan Malcolm) are now sharing the luminous DOUBLE DUTCH, a sample led track that fizzes throughout with a Technicolor effervescence. The new song challenges fans to forget what they thought they knew about SUPERFOOD, pointing to an exciting future for the band.

To coincide with the release, the band head out on a mammoth Dirty Hit Tour with new label mates King Nun and Pale Waves. Full dates are: