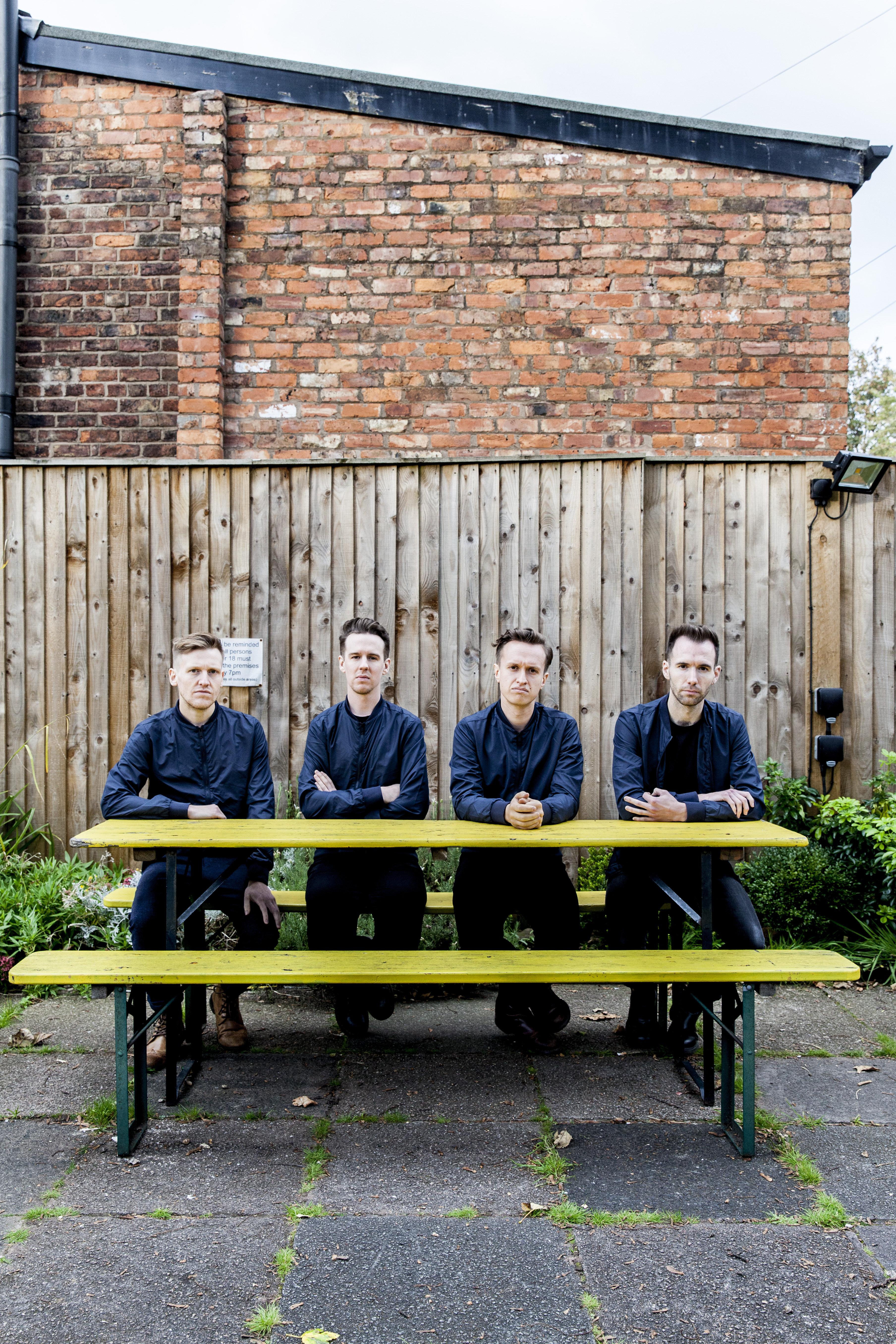 Today, the band shares their latest single “Streetlight” via Brooklyn Vegan, who describe the song as “crystalline and groovy.”[quote style=’1′ cite=”]“”Streetlight” is about becoming content with your loneliness”. “It’s about being skeptical, but aware and open to new chances at connecting again. It’s about realizing your own needs, possibly for the first time.” [/quote]Taking musical inspiration from Kate Bush‘s The Red Shoes, Low-era David Bowie, some other slightly-less fashionable records belonging to their Dads and the eastern European techno discovered by Richards while working in Ukraine last year, the subjects tackled on Big Balloon include austerity cuts, therapy, fried chicken, paranoia and coming to terms with loneliness. It’s the fifth Dutch Uncles studio album and the follow-up to 2015’s acclaimed O Shudder.

All tickets now available from the band’s official website.

Dutch Uncles are Duncan Wallis, Robin Richards, Peter Broadhead and Andrew Proudfoot. Big Balloon is available to pre-order now on limited-edition clear 180gm vinyl from Dutch Uncles and digitally via iTunes, both with instant downloads of the track “Big Balloon.” Deluxe versions of the album come with limited edition t-shirt, four signed postcards and your own big little balloon.