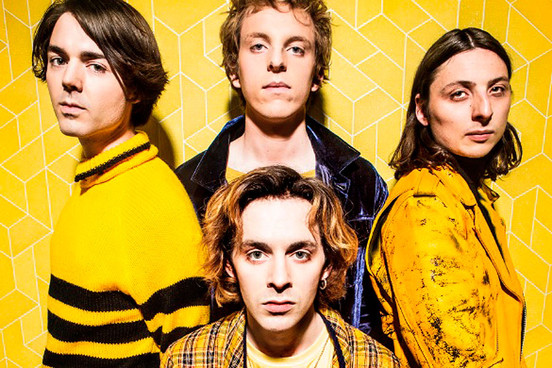 Birmingham boys PEACE have announced the details of their follow up to their debut album In Love. The new album; titled Happy People will be released on 09 February 2015 and will feature the tracks ‘Lost On Me’ and ‘Money’ – which were aired earlier this year.

The eagerly anticipated release for the album comes after the band shot onto the indie scene in 2012 with their Delicious EP and captivating singles ‘Follow Baby’ and ‘California Daze’.

To preview the album, the band have also announced an extensive UK tour to take place around the time of the release date. Starting in Liverpool on 15 January, the group will play a total of 12 shows spread across three months, finishing in Brighton on 26 March. The Birmingham band are also confirmed to be supporting Bombay Bicycle Club on their December run of dates in the UK.

Tickets for the shows go on sale Thursday 20 November at 08:00am.

[columns count=’2′]
[column_item]The tracklisting for the album is: