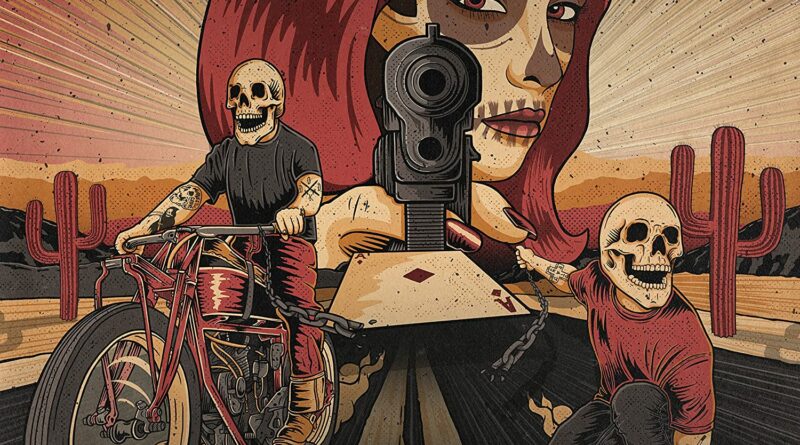 Reef return with their best album in 25 years. Mixing thunderous Rock n Roll, with Led Zeppelin inspired soundscapes and even hints of 50’s Soul. The singles released prior to the album do not do it justice.

West Country Rockers Reef have returned with possibly their best album in 25 years. Across the 42 minutes 51 seconds of the record, we are given a lesson in Rock n’ Roll, Metal, a “West Country” version of Soul and even a hit of Country. This is essentially the album that their 2018 comeback ‘Revelation’ should have been. The four singles release prior to the album do not even do the album justice.

The album kicks off with the explosive title track, with Gary Stringer doing his best Brian Johnson impression. Guitarist Jesse Wood shines with enormous riffs, Bassist Jack Bessant is also riff heavy with thunderous wanderings up and down the fret board. Newcomer in the Reef camp is Drummer Luke Bullen, his beats add dynamic to the bands’ sound. Finally, guesting on the album and also producing it is former Duran Duran guitarist Andy Taylor.

There are some standout tracks on this record, in fact every single track has its own quality that makes it stand head and shoulders above previous releases. After disbanding back in 2004 and reforming in 2015, Reef finally unleashed a fifth album producing a very gospel/americana type sound. ‘Shoot Me Your Ace’ finally brings Reef back to what they do best, creating a groovy, loud, rollicking rock n’ roll.

‘Refugee’, ‘Best of Me’, ‘Wolfman’ and the aforementioned title track remind the listener of the glory days of rock n’ roll. ‘When Can I See You Again’ and ‘Hold Back The Morning’ offer a hybrid of Rock and Soul that really shows off Gary’s vocal range. Why he was never suggested to take over from Johnson when he was on hiatus from AC/DC and replaced with Axl Rose remains a complete mystery.

‘Right On’ was allegedly not meant to appear on the record and was scheduled for a solo release by bassist Jack Bessant. Thankfully this beauty was jammed out by the band and is an absolute gem on record. ‘Everything Far Away’ begins with a wandering bass and unusual hushed low vocals from Stringer before building in to rock monster jam packed with heavy thunderous gems. This would not sound out of place on the main stage at Download swathed in adorning devil horns from the audience.

The penultimate track on the record is ‘I See Your Face’ is a happy-go-lucky rock by numbers jam complete with a mega 80’s laden guitar solo. Another brilliant track on the album and leaves the listener in a jubilant mood.

The final track is ‘Strange Love’. It begins with a slinky guitar line that expands to an almost glam rock anthem before breaking in to a funk filled jaunt. Taking the influences further the track then breaks down to simulate an epic expansive sound that reminds you of the wilder moments from Led Zeppelin. This track would kill in a live environment, especially if coupled up with one of their earlier tracks from ‘Replenish’, namely ‘Choose To Live’.

It is very difficult to fault this album. If you want something that mixes 50’s Soul with 70’s Zeppelin and 80’s Metal then you have found the missing link. The boys from Somerset have reset their own bar very high with this album. They have just completed a victorious run of dates across the UK, but will be playing a handful of festivals across the summer and hopefully be back on tour again soon. Give this album a spin, you will not regret it!