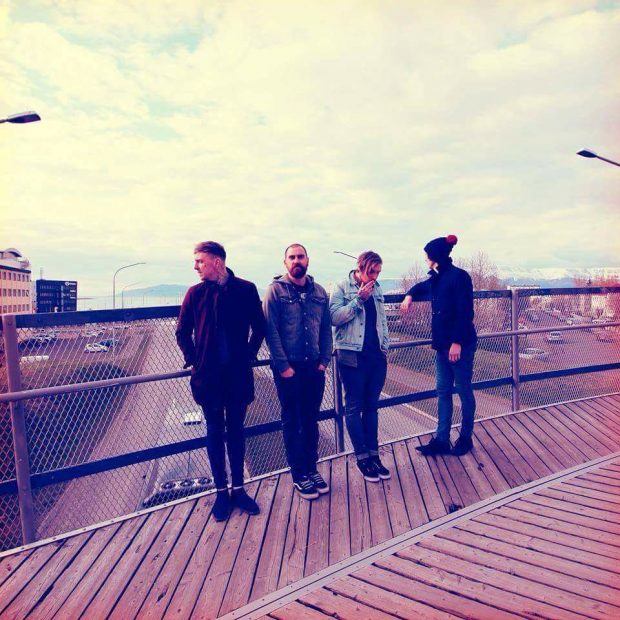 West Yorkshire noise rockers Adore//Repel have released their debut album titled ‘Empty Orchestra’ via ShoveItUpYourCult Records. The album is brimming full of influences and showcases the band as a future force to be reckoned with.

These art-noise rockers are made up of: James Lee Brown on guitars and vocals, twin brother Daniel Favela Brown on second guitar and vocals, Bob Johnston on bass and vocals. Finally, Anthony Wagstaff completes the line up with drums and vocals.

The band describe their sound as “post-hard-core, shoegaze, instrumental music” which makes them unique in the current genre as they emphasise more on the instrumentals rather than the vocals. Most of the tracks on the album follow a similar format with the opening minutes being a full rock n’ roll instrumental infused with some stunning shoegaze undertones, finishing off with the vocal tones which subsequently enhances each track.

The opening section of first track proper, ‘Months Ago’, could easily be a heavier version of ‘Parachutes’ era Coldplay (I’m sure the band will hate that reference) but follows through in to a pure monster of a track once the vocals kick in.

Throughout the record, there seems to be references to the early days of Metallica and Iron Maiden, hidden nods towards the poppy side of Coldplay, even obscure references to Oasis, Stone Roses, Grandaddy, Alice in Chains and Mazzy Star.

There are quite a few highlights across the record, ‘Sticks in the Crow’, ‘Secret Road Part II’ and the awe-inspiring ‘Jim Hellwig’. Album closer and title track ‘Empty Orchestra’ literally blows your mind as it reaches it’s climax, all you can do next is hit the repeat button.

Although this record may not directly win them a legion of new fans, existing fans of the band should be pleased with the record, but should be prepared for where the future lies. A debut album of this calibre in such a volatile industry at the moment is something to be marvelled at. Unique, upbeat, thought-provoking and intense. The four-piece from Wakefield have a very bright future ahead.