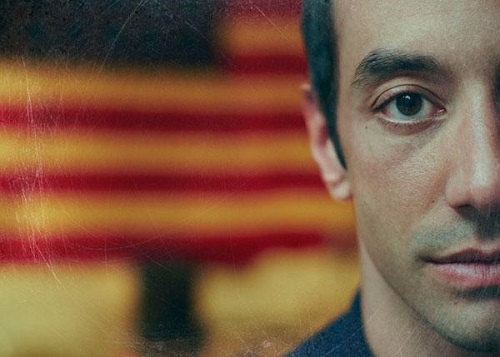 It’s not often that someone can spend over a decade in the industry, and still create music that captures the same aura of youthful chaos that made them so special in the first place. ALBERT HAMMOND JR (formerly of The Strokes), is proof that sometimes, miracles do happen. His upcoming single, ‘Rude Customer’ is a discordant mash of stuttering riffs, off-key vocals and insanely catchy choruses,and the resulting mess is glorious.

The lyrics, opening with the wonderfully mundane “You ask for the bill, he brings you the change”, slowly extrapolate from this everyday encounter to his internal struggle against a wider sense of estrangement from the world. There’s an air of Beat poetry to this stream-of-consciousness style, its surreal nature emphasised by the skittering opening guitars.

The inner conflicts revealed in the chorus are complimented by the contrasting arrival of traditional chord patterns and regular rhythms, not too dissimilar from those used by The Strokes in days gone by. “You’re afraid to co-exist, but you want to, want to” Hammond states, his voice wavering somewhere between a confident swagger and a total lack of conviction. Judging by the fact that he plays every instrument on the record (excluding drums, which were recorded by Matthew Frank Romano), it seems fair to say that confident swagger is probably closer to the truth.

Having just finished a headline tour across the UK, Albert Hammond, Jr will be heading to the US in 2014 to support Jake Bugg on tour.

‘Rude Customer’ is released on the 27th January via Cult Records.