American Authors – Oh, What A Life 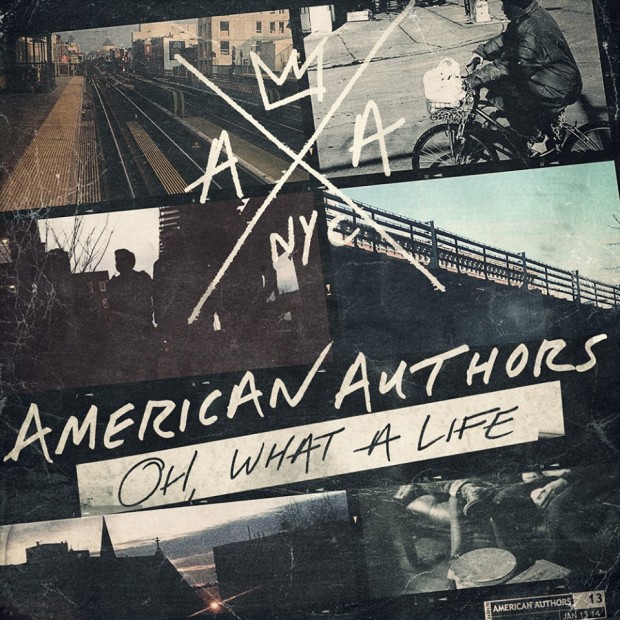 There may be many out there who have not heard of AMERICAN AUTHORS. However; I’d guarantee there are many out there who know their choruses word for word. The  New York City band are featured heavily on adverts in the UK, their high energy, upbeat indie pop makes their music extremely catchy. After the success of Imagine Dragons with their debut last year, American Authors are aiming for similar heights with their debut Oh, What A Life.

The bands debut is packed full of memorable, upbeat tracks. Advert-loving ‘Best Day Of My Life’ is perfect for the summer. In a similar way to ‘Top Of the World’ by Imagine Dragons, the track (which features a skuzzy guitar riff and a mandoline) isn’t the most indie track, however with it’s “who, whoo, whooo oo, oos” it’s definitely a hit. The same to be said for FIFA14 featuring ‘Hit It’, it’s fast tempo chorus and jangly guitars lead to mild toe-tapping (always a good sign).

Whilst those are possibly the two stand-out from the album, they aren’t the only songs to note. Without taking it too seriously, the album is fantastic, listenable music. ‘Ghost’ will certainly crop up somewhere this year and the catchy introduction riff to ‘Think’ is nice; it’s music you wish to see live.

Oh, What A Life fits into a slightly crowded market in the indie/pop genre. However, there are enough tracks on there for it to stand out and with attention from huge companies asking to use their music for adverts, it’s only going to add to boosting the profile of the New York band.

Oh, What A Life is released via Universal on Monday 17 March.