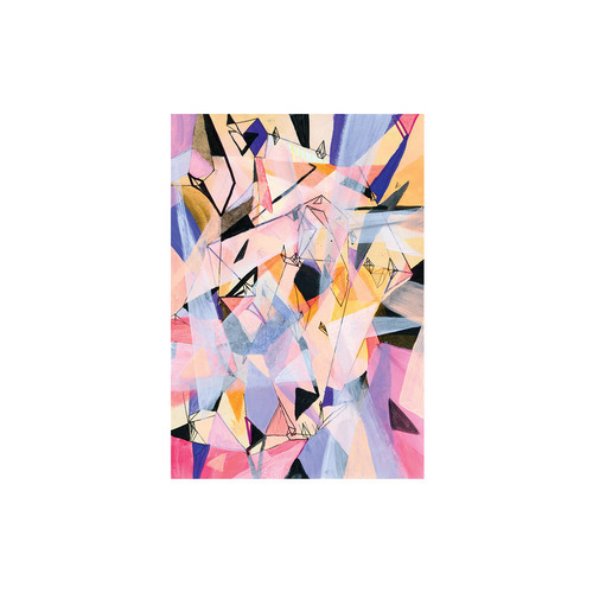 New York five-piece Ava Luna’s blend of funk, punk, dance and soul is an odd one. But if there’s anything the band have learned during the course of their five year existence, it’s how to mash these influences together, and transform them into something really rather unique. Electric Balloon may only be their second full-length release, but its combination of guitar hooks, disjointed rhythms and chaotic, frenetic musicianship suggest they are already frighteningly confident, and not afraid to say so.

Opener ‘Daydream’ kicks in straight away with a Strokes-esque guitar riff, all scuzz and slightly off-kilter rhythms. However, once the vocal call-and-response between Carlos Hernandez, Felicia Douglass and Becca Kauffman kicks in, it instantly takes on a neo-soul vibe, perfectly complimented by the punk aesthetic of the music itself. In its final third, this transforms again into a chaotic mesh of chromatic brass and the slow-rising panic of the increasingly frantic rhythm section. It’s a typical example of the disorientating unpredictability that makes Ava Luna such an exciting prospect, a theme that continues throughout the album’s eleven tracks.

The “punk-as-f**k” sound the band prescribe to certainly makes itself felt, thanks in no small part to the band’s writing and recording process. They write songs while adhering to a strict “no overdubs” policy, practicing and performing songs for up to a year before laying them down in the studio. This might go some way to explain the captivating immediacy of their sound on record; ‘Crown’, for instance, builds from a slow, funk-inspired opening into a soulful clash of battered cymbals, distorted guitars, and the contrastingly delicate vocal refrains of Ava Luna’s resident female vocalists, which punctuate Hernandez’s bluesy, grabs-you-by-the-throat roar. Title track ‘Electric Balloon’ takes on an 80s edge, its clean beats and melodies reminiscent of Talking Heads, or a stripped down Blacmange, only juxtaposed with some jagged guitar licks that pull them back into rockier territory.

Electric Balloon isn’t all about its louder, faster-paced moments, though. Recently streamed track ‘PRPL’ is a chilled-out, soulful number in which trip-hop beats and Becca Kauffman’s stunning vocals take centre stage, it’s raw and vulnerable minimalism somehow managing to co-exist with genuine musical depth. While ‘Hold U’ picks up a slightly quicker tempo, its stop-start manner and Hernandez’s ever-mesmerising falsetto lend it a similarly stripped-back sense of exposure.

As closer ‘Ab Ovo’ fades in, it’s with a simple 4/4 drum beat that feels strangely surreal following the unpredictability of everything that preceded it. It’s danceable in comparison, and paired with the band’s higher-pitched vocal range and overdriven chords, it almost sounds like something LCD Soundsystem might have put together. Hernandez’s murmured vocals fade into the background as the girls’ ethereal voices take over. Fading almost to nothing at the mid-point, the song resurfaces to reach a harder, even more distorted climax, before once again retreating into silence.

It’s a brilliant way to end the album, leaving the listener on the edge, waiting for their return, and it’s just another manner in which Ava Luna have show how accomplished they are as songwriters. With Electric Balloon they show their mastery of a blend of influences and sounds, each of which is so enmeshed in their own unique style that it feels almost a violation to try and identify them. Wherever it came from, the end result is spell-binding.