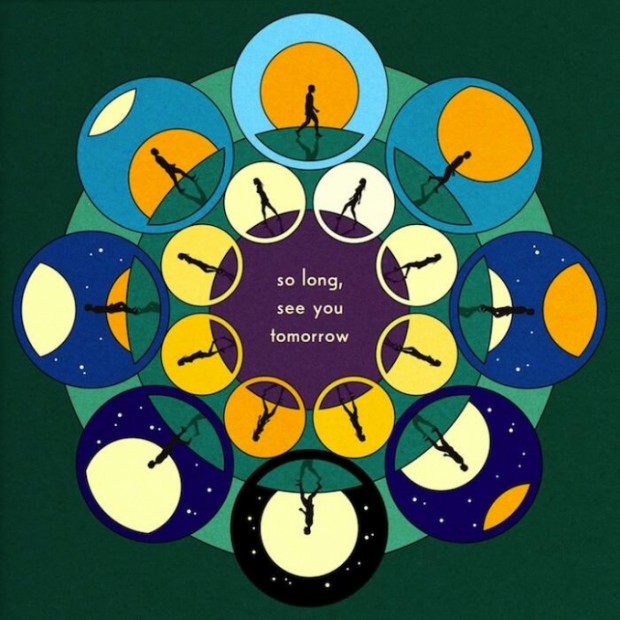 Its been three years since Crouch End quartet BOMBAY BICYCLE CLUB released their highest charting album and their third as a band; A Different Kind of Fix. Being inspired by their world travels, the band return to the studio with what seemed a suitcase full of musical samples; including a Bollywood fanfare and Turkish horn.

The self-produced album; the first time the band have given themselves the responsibility to twizzle the nobs, is heaving with diversity. ‘Overdone’ is an all bells-and-whistles 4 minutes track; transforming from the Bollywood, multi-cultural masterpiece into a classic bass heavy indie song of old. It’s upbeat exuberance continues through the opening tracks, including previously debuted ‘It’s Alright Now’ and the dance anthem ‘Carry Me’.

The adrenaline takes a momentary break for the chilled piano introduction of ‘Whenever Wherever’, similar to A Different Kind of Fix’ ‘Still’, Jacks unique vocals follows a simple, gentle pattern. However this song too soon bounces into a upbeat dance inspired track; which combines electronic dance samples with sharp vocals. It’s layered musical parts build slowly; with the underlying, catchy piano riff at it’s core; before crashing, to return to it’s gentle start; as if the mayhem hasn’t really happened.

For the heart-tugging ‘Eyes Of You’, Jacks mopy vocals combine with the warmth of Lucy Rose to offer a real love track. It’s slow pace is deceitful,  as it grows into an uplifting powerhouse as the two voices combine exclaiming “I can’t be sad”; unconventional for an indie band, however this track is definitely a stand-out head turner.

As the album draws to a close; a whizzing electronic buzz offers ‘Come To’ a cool edge. Again harmonising hazy male and female vocals, the tracks distorted guitar lifts the track as if it’s taken from the sixties. The albums closer and six-minute long title track is simply outstanding. Opening with another sample, this time a simple electronic patter; like raindrops hitting a window, it build with Jacks soft voice making it feel like a slow-tempo lullaby. As it fades out and all seems to be over – the patter speeds and intensifies, before it erupts and the same chilled vocals are now over a chaotic electronic firework. It continue, growing each time with a female vocal sample getting louder and louder before it abruptly ends; teasing, feeling like it could continue for six minutes more.

Taking so many diverse sounds and samples is a risk that no other band would consider; yet Bombay Bicycle Club have thought about each individual sound to compose a master-piece of worldly inspired tracks. So Long, See You Tomorrow is by far the most creative record of Bombay Bicycle Club, combining sounds unheard together to create a truly faultless album.