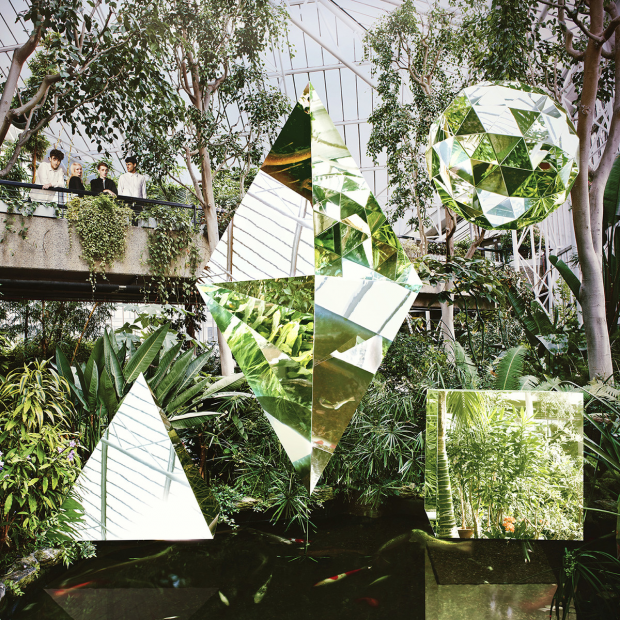 Every once in a blue moon, an artist comes along who attempts to redefine a music genre or add their own stamp to it. That’s exactly what Clean Bandit are doing at the moment with their mix of Dance and Classical or “Dancical” amongst those cool kids. New Eyes is proof that they are not just a fad, there is a good grounding to make a real dent in this crazy world of EDM (equally known as Electronic Dance Music).

Kicking off with the sublime ‘Mozart’s House‘, this is a nice taster of what to expect from this album. The orchestral line warms you up before Love Ssega’s vocals bring you back down and the beat grabs you again. Admittedly there are tracks that work very well, and others that may have required a little more work to be truly great. However, this is only a minor criticism.

The singles ‘Extraordinary‘ and the number one smash ‘Rather Be’ sit comfortably in the first half of the record, but it is the latter tracks that begin to show more verve and creativity. ‘Up Again’, featuring the wonderful vocal talents of Rae Morris, must surely be a single at some point. Her tones work wonders across this sweeping track, before the final third takes us into a glorious summery dance vibe.

‘Cologne’, ‘Dust Clears’ and the closing ‘Heart On Fire’ don’t sound as accomplished as the rest of the record, however. Something doesn’t sit quite right. They are good musically, the lyrics and vocals work well, but it’s almost as if the bassline isn’t booming enough. For a dance record, it’s as if the main ingredient hasn’t been fed in properly.

The one track that doesn’t fit in is the rather clumsy ‘Telephone Banking’, which is slightly off kilter with the rest of the album. Again featuruing Love Ssega on vocals, it sounds rather childish. The vocals sound lazy and the beat sounds as if it has been taken from a Fisher Price My First Keyboard. The inclusion of this track does give you breathing space during the album.

So the fusion of dance and classical music shouldn’t work on paper, but these pioneers are testing the water and breaking down boundaries. This may not be everyone’s cup of tea, but there is potential for greatness if they can fuse it properly. Overall, New Eyes is an impressive debut. There are areas to work on, but in a time where new musicians are struggling to make a dent in the charts, they are certainly going in the right direction.

New Eyes is out now via Atlantic.