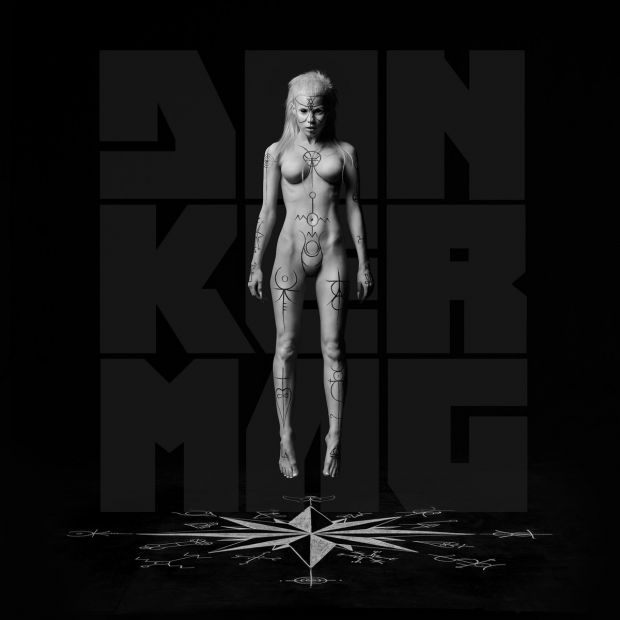 Back with their third album, it’s easy to say that Die Antwoord are not the most conventional of bands. The South African outfit dubbed the “Zef Rap-Ravers” prove this within the opening moments of this record. Mixing slick produced dance tracks with husky whispered vocals and lyrics ranging from all sorts of subjects from sex to violence, they are certainly an acquired taste.

Opening track ‘Don’t Fuk Me’ is simply a short voicemail left on their manager’s voicemail that sees frontman Ninja sending him a warning as front woman Yolandi Visser walks in the room.

There are some very slick dance beats across the album from the raging on edge track ‘Happy Go Sucky Fucky’ and last years’ single ‘Cookie Thumper!’ through to ‘Strunk’. The main selling point is the uniqueness of Yolandi’s vocals. Raging from sweet whispered vocals ‘Ragin Zef Boner’ through to a full raging screaming siren ‘Ugly Boy’ and across most tracks mixing with Ninja’s expletive laden raps.

Occasionally the album takes a break with mini interludes, these can range from the public information announcements of the variations between “11 different languages in South Africa” ‘Zars’ and the down right insane of 1 full minute of Yolandi giggling during a tickle fight ‘Pompie’.

For anyone with a timid mind, it is probably best to avoid a good third of this album as the lyrics can become very expletive, ‘Cookie Thumper!’ being a perfect example. Despite having a funky and industrial sounding beat, the lyrics do distract you once you are aware of the subject matter.

Recent single ‘Pitbull Terrier’ is a great single to have launched this record. The video to accompany it sums this band up perfectly. Bizarre, bonkers, insane and experimental. This is a band who don’t care whether they disturb people or whether they gain new fans. Having that kind of attitude whilst doing something you are passionate about is admirable, especially in the current music world.

Although this record doesn’t sound as fluid as the last offering ‘Ten$ion’, it is certainly worthy of a listen or two. ‘Rat Trap 666’ and ‘Sex’ are late highlights to the record. The latter having a bizarre funky synth sound that could have fallen off a Super Furry Animals album, mixed with husky rapping from both Yolandi and Ninja. ‘Strunk’ is a slightly out of character slow tempo track that sounds bizarrely like Radiohead’s ‘Wolf At The Door’ in it’s guitar refrain through the verses.

‘Moon Love’ features Ninja and Yolandi’s daughter ‘Sixteen’, speaking over a very sweet nursery rhyme inspired tune. The closing track and album title ‘Donker Mag’ features Ninja singing over a church organ that gradually gains a Massive Attack inspired beat. Compared to the rest of the album, this is possibly the pinnacle bizarre point of the whole album, yet is the perfect end to a very vibrant and colourful record.

Die Antwoord won’t make too many new fans with this album, but to add this to their catalogue so far, it is a worthy addition as there are some very strong moments. These South Africans are certainly testing the boundaries of subject matter and dance beats. If you haven’t given them a spin yet, make sure you do so at least once, who knows, you might enjoy it.