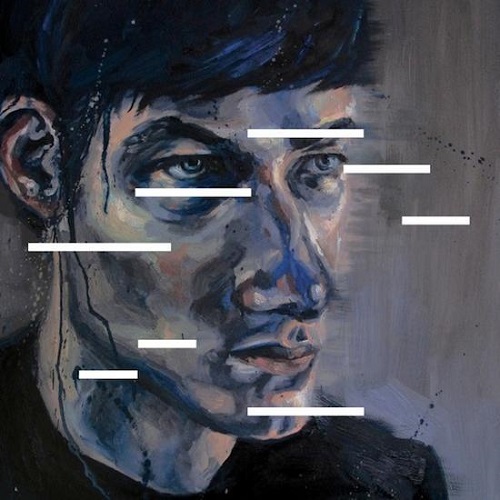 East India Youth (pseudonym of the less exotically-named William Doyle) won’t yet be familiar to many. The London-based electronic artist’s distinctive take on digital and classical sounds certainly takes some getting used to, but with his debut album Total Strife Forever, he makes good on the hype surrounding this intriguing, challenging release.

The album itself is mostly instrumental, but the sheer range of influences and styles on display are more than enough to give each track a distinctive voice. Opener ‘Glitter Recession’ is an 8-bit infused, contemplative affair, its repetitive, synthesised riffs counterbalanced by sweeping electronics and a piano whose appearance adds a melancholic weight to a sound that can so easily slip into parody. ‘Hinterland’ meanwhile delves into a mechanical sound resplendent with acid beats and medical pulses, building up to a frenzied climax of clashing rhythms and chaotic electronics.

Most recent single ‘Dripping Down’ is a brilliantly-crafted piece of pop, with Doyle’s catchy melodies and lyrical turns of phrase reminiscent of a heavily-remixed Two Door Cinema Club or Guillemots. It’s subtly infectious, luring in the listener without overburdening the arrangement with unnecessary hooks and a forced sense of rhythm. Beginning with a haze of sustained chords that is pierced only by the crisp percussion, it grows and fades organically, switching seamlessly from a cappella to jungle-infused dance, the only constant coming in the form of Doyle’s melancholic lyricism. ‘Heaven How Long’ similarly displays an effortless command of dynamics, opening with a looped synth riff that struggles to burst free behind the almost-modal vocal line. As beats and instruments build around it, the song suddenly bursts forward, unleashing a second-half so enjoyably 80s, it may as well be on a John Hughes soundtrack.

Perhaps the most intriguing tracks on the album are the ‘Total Strife Forever’ series. Numbered I to IV, they display the full experimental impetus of Doyle’s music. From ‘I’s screeching electronics and brutal rhythms, through to the seamlessly blended classical and digital sounds on ‘III’, they stand as proof that there’s far more to be had from electronica than just a good beat. The latter’s combination of symphonic strains and manufactured sound highlights the wonderful balance Doyle has managed to strike between the human and the robotic. While so many others in the genre lose the chance of creating an emotional connection with their listeners through a slavish obedience to their computers, East India Youth retains a sense of sincerity that makes Total Strife Forever feel more like a film score than an album.

With a debut this well-executed, and this well orchestrated, it’s hard to believe that the future holds nothing but strife for East India Youth. Then again, if Total Strife Forever is the end product of all that angst, maybe it wouldn’t be such a bad thing.

Total Strife Forever is out now via Stolen Recordings.