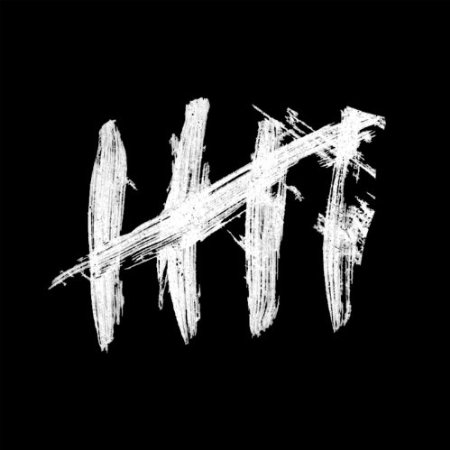 When Embrace announced late last year that they were back and had a new album/single to release, there were questions about the quality of what to expect. It’s fair to say that Embrace have been in and out of favour with the press for a number of years. What no one but the hardcore fans had realised, though, was that Embrace have been playing secret gigs for the last 18 months, road-testing and crafting their new self-titled collection to a high standard.

Kicking off with the awesomely anthemic ‘Protection’, they force the listener to sit up and take note of the new confidence the band have gained from taking this hiatus. Danny McNamara has been completely open with his lyrics this time. In the months leading up to brilliant first single ‘Refugees’, he made it public knowledge that he had suffered from depression and anxiety issues, even from the very beginnings of the band. The lyrics across this whole album are open and reference certain events and times in his life. ‘Self Attack Mechanism’ is possibly his most open lyric to date, and one that he declared he is happy with as a final product.

Brother Richard McNamara’s guitar lines and vocals add colourful texture to each individual track on the record, but the driving force beind this confident album is certainly the band as a whole. The rhythm section of Mike Heaton on drums, Steve Firth on bass and Mickey Dale’s keyboard parts all bring together a new sound for the band. Carrying the euphoria of début album The Good Will Out, mixed with the happier moments of Drawn From Memory and Out of Nothing, this is almost like a collective ‘Greatest Hits’, but with brand new songs.

Second single ‘Follow You Home’ is another rousing track filled with overflowing confidence. The dual vocals from Richard and Danny is a stunning touch that Embrace have both embraced (no pun intended) and hidden from. The chugging guitar riff certainly gets the arm punching the air, along with the “ooh oh ooh” vocals. Individually, every single track on the album could be a single in it’s own right. The gorgeous ‘I Run’ is a moment of reflection, its “I hope we make it tonight, there’s no happy ending, we just run out of time” refrain, with a chilling guitar undertone, gently leads way to an uplifting melody soaked in summery tones.

‘Quarters’ is almost a dance classic with it’s thunderous beat and mix of higher and lower vocal tones. This is definitely an album highlight, for its pure “out-of-nowhere-surprise” values. ‘The Devil Looks After His Own’ showcases more fine song-writing craft and provides yet more slices of sun-soaked confidence, proving that this is an album for the long, hazy days summer brings. It should also see the band return as summer festival favourites across many of the stages up and down the country.

Embrace should take pride of place amongst the band’s back catalogue, and should not be hidden in anyone’s collections. Embrace are undoubtedly cool again. There is never a question why they fell out of fashion, it was more a case of waiting for the right moment to remind people what good music is. Sometimes a break can do you the wonder of good; in Embrace’s case, it was perfection. Simply a brilliant return.

Embrace is out now via Cooking Vinyl.