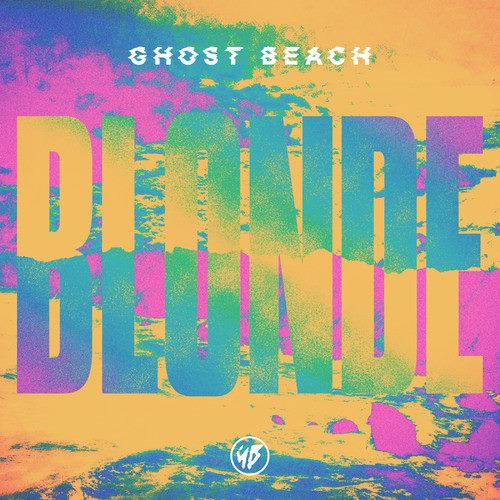 New York electro-duo Ghost Beach (otherwise known as Josh Ocean and Eric ‘Doc’ Mendelsohn) may have only been together since 2013, but they have mastered a pop sound as catchy and well-produced as anything already gracing the top 40. Debut album Blonde is a slick blend of 80s/90s electro-pop and modern day electronica, with a dash of youthful lyricism thrown into the mix.

From the beginning, It’s positively dripping with synths, slap bass, and just about every other 80s musical flourish imaginable. It’s a pretty good indication of how well the pair know their source material; Hall and Oates themselves couldn’t have crammed in any more hooks, riffs, or soaring vocal melodies. It’s all a far cry from the dark, childhood terrors evoked by the Goosebumps series, from which their band name was taken.

Openers ‘Moon Over Japan’ and ‘Miracle’ get things off to a great start, sounding so radiantly sun-kissed they may as well come with a UV warning. ‘Without You’ is another highlight, its reggae beat and smooth harmonies perfectly complimented by the dancehall-influenced electronic arrangement. Recent single ‘Been There Before’ is easily one of the most infectiously catchy pop songs released in 2014, its chorus of “I put my head on your heartbeat like I’ve been there before” burrowing its way into your skull long before the end of your first play through.

However, catchy as most songs are, there’s little variety in the album’s sound. Aside from perhaps ‘Faded’ and ‘First Time’, every one is a get-up-and-dance number. While that in itself isn’t a bad thing, the lack of variety in pace and texture can make one track simply bleed into the next. On their own, it’s easy to imagine any one of the album’s 12 inclusions being used as a single, but when grouped together, this proximity mutes their impact. It would have been interesting to have seen some of these taken in different directions, ones involving a little more deviation from the album’s relentless pop mentality.

Ultimately, however, these criticisms almost feel beside the point. Blonde isn’t the kind of album that you turn to for contemplative or moody fare. It’s an unashamedly pop-oriented construction, and is a brilliantly enjoyable one at that. Much like its stereotypical namesake, it’s a superficial and unchallenging listen, but my goodness is it a fun one. A great one for those summer playlists.

Blonde is out now via Nettwerk.