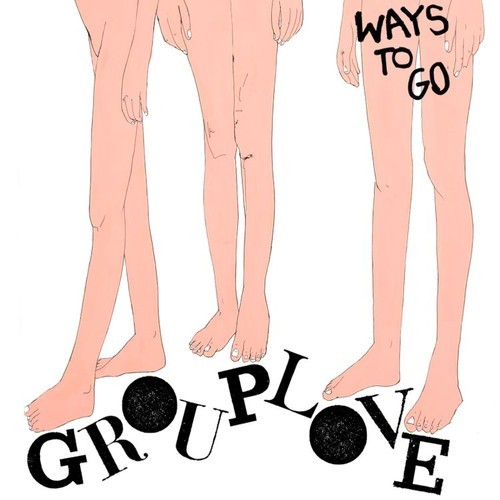 Grouplove’s latest single, ‘Ways To Go’, received its official UK release today. Taken from their second album, Spreading Rumours, the Californian oddballs’ latest instalment includes not only the original version of the track, but also three remixes and the bonus track ‘Flowers’, and it’s definitely something not to be missed.

Already familiar to Grouplove’s fans, ‘Ways To Go’ offers a thumping bass line, a toe-tapping keyboard riff, and a chorus so catchy you’ll be singing along by the end of your first listen. The more interesting aspects of this release for most, however, will probably be the remixes included, by well-known artists Alt-J, Grandtheft & Everything Everthing. One of the most interesting is Grandtheft’s take on the song, in which traditional instruments take a back seat to be replaced by synthesisers, and so much record scratching the song wouldn’t be out of place in a 1980’s hip hop album. ‘Flowers’, with its quietly strummed acoustic opening, is very different from anything that precedes it.In no time at all Christian Zucconi’s stunning vocals lead you into another catchy chorus, followed by a shredding guitar solo showing the real versatility that this band possess.

It’s been a whirlwind few years for Grouplove, playing at illustrious festivals Glastonbury, Coachella and Bonnaroo since their debut album, Never Trust A Happy Song, was released in 2011. If they can maintain this kind of momentum, and this kind of quality, it would be unsurprising to see them higher up the billing next summer.