Joan As Police Woman – The Classic 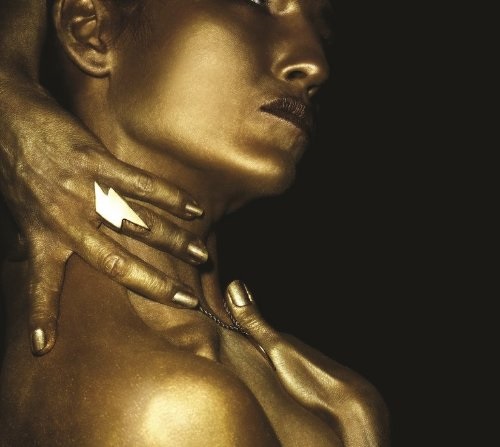 The Classic, Joan as Policewoman’s fourth and latest album, takes you through the highs and lows of lifes many ups and downs. Following on from The Deep (2011), the whole album could easily provide the soundtrack to an indie film, or even a rom-com, with the complexity of every mood imaginable being captured and condensed into 50 minutes of both soothing and energetic musical magic.

The album begins with ‘ The Witness’. a big band number with a a strong jazz influence. The song has a sensual, tango tone and Joan’s breathy vocals add to the ambiance set by the strings, trumpets and percussion. ‘Holy City’, Joan’s most recent single, has an upbeat pop/motown/soul vibe. The track was inspired by a trip to Jerusalem’s Wailing Wall where Joan found a muse in people and how they find complete fulfilment and orgasmic happiness; whether that be in prayer or funk/soul/pop music. The scat at the end of the song is performed by Reggie Watts, comedian and beatboxer extraordinaire. Watts adds another dimension to the already catchy track, bringing a raw, urban modernism to an otherwise very polished song.

Watt’s then features heavily in track three, ‘The Classic’, as part of an a capella, barbershop sextet, which also includes Joseph Arthur (First Full of Mercy and RNDM), Stephanie McKay, Toshi Reagon and emerging artist Michele Zayla. The instruments aren’t missed at all in this stripped-back song, and its effortless flow makes for very easy listening. You’ll want to listen to it over and over and over and over… you get the point.

From ‘Good Together’ through to ‘New Years Day’ the tone changes, becoming more reflective and at times sombre, with Joan’s amazing vocals taking centre stage. In the tracks ‘Good Together’ and ‘Get Direct’ the big band previously heard takes a back seat, giving the listener a chance to hear the beautiful, soulful side of her voice shine. Not that this means the instrumentation is any less interesting or prominent, with the very relaxing, natural sound found in ‘Get Direct’ to the crazy, psychedelic ending of ‘Good Together’ easily holding your ear.

‘What Would You Do’ sees the big band return, though more subdued than previously. However, Joan’s reflectiveness continues in the track, with her subconscious chant of “what would you do” resonating over and over again. “Fear is only what you feel when you’re hitting new ground, listen to yourself cause there will always be a way in and out” Joan’s sings wisely, and virtually unaccompanied, at the end . But the funky Hammond organ steals the show in this track; it’s solo really gives the song a soul, and makes the classic, Hammond, 70’s funk sound current.

‘New Years Day’ is a disjointed assortment of sounds that fit perfectly together to make a deliciously, soothing ballad. This is in stark contrasts to ‘Shame’, which is a very together, 70’s esc jazz/motown number. ‘Shame’ showcases Joan’s diva-like vocals, and is simply a songs that makes you wish you could belt them out like she can… *snaps*. ‘Stay’exhibits Joan’s emotional range and her vulnerability, probably the most bluesy song on the album. Final track, ‘Ask Me’ is a reggae-inspired ballad, yet another beautiful song and a happy ending to a emotional rollercoaster of an album.

It’s fair to say that The Classic, with its depth of character and emotional range, could not so much soundtrack one movie as provide the inspiration for ten. As a musical experience, though, it’s already brilliant.

The Classic is released on March 3rd via Play It Again Sam.