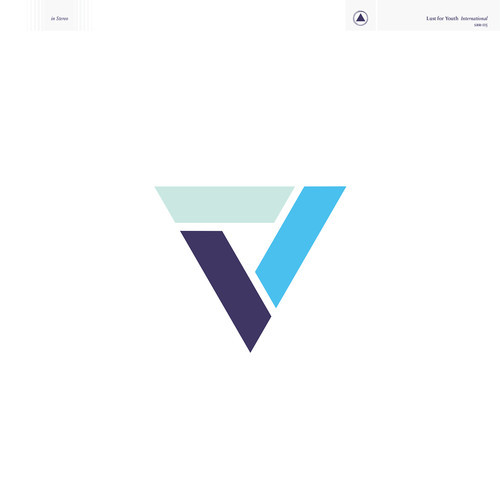 Swedish electronic three-piece Lust For Youth have gone off on a poppier tangent with their new album International. Having originally been started as a solo project by Hannes Norrvide back in the late noughties, the line-up expansion has brought with it a positive vibe previously absent in their brooding, melancholic beats. What was once atonal, lo-fi electronica not meant for the faint of heart, has instead become catchy yet thoughtful electro-pop with enough substance to make it well worth a listen.

While they came up through the Swedish alternative scene, there’s little about International that suggests much Scandinavian influence. Comparisons to bands like The Knife, of course, immediately spring to mind, but it’s New Order, Soft Cell and the Pet Shop Boys who really make their influence felt. ‘Illume’ and ‘New Boys’ have the Pet Shop Boys’ blend of light riffs and darker undertones down to a tee, the vocals feeling like another instrument in the mix, rather than dominating the rich electronics and beats that shimmer around them. ‘Armida’s unhurried tempo and simple, chant-like chorus would slot in perfectly on the Drive soundtrack, or alongside the work of No Ceremony and their ilk.

While sometimes the layers of effects added over the vocals make them almost unintelligible, their melodies are usually either blissfully soothing or irresistibly catchy, providing another humanizing layer where once LFY’s sound was cold and alienating. ‘After Touch’, for instance, ties its undulating vocal melody to the reverberating arpeggios the guitars provide, climaxing in a Twin Peaks-esque Moog solo. Where the vocals drop out altogether, as on ‘Basorexia’, the other instruments swoop in to fill the void, retaining the more mainstream sensibilities of the surrounding tracks, while also reflecting on Lust For Youth’s more alternative past.

For fans of Lust For Youth’s previous work, International may be a lot to take in. Its pop sensibilities, however, don’t feel like interlopers here. In fact, the transition from cold, experimental electronica into smooth, catchy synth-pop seems to have come very quickly, and very easily. While some of the depth and willingness to take risks may have been lost, what remains is a more consistent, more coherent sound. If you’re looking for some catchy synth pop with a dark and brooding edge, you could do a lot worse than start here.

International is out now via Sacred Bones.