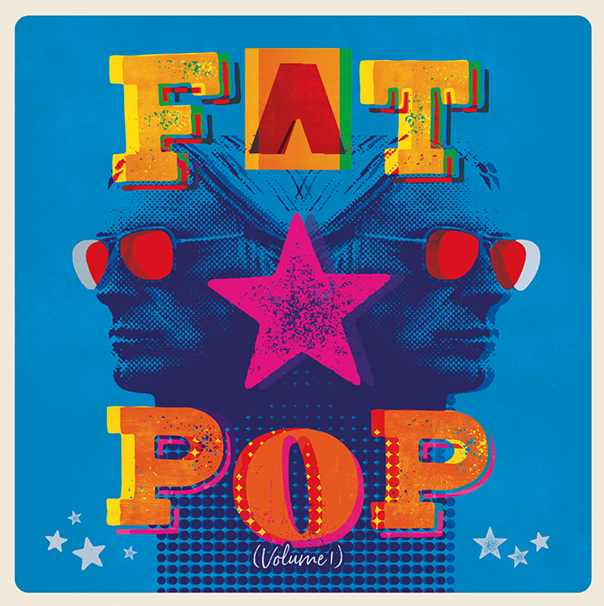 Paul Weller is set to release his 16th solo studio album on Friday, and is the second album in 12 months, the eclectic and brilliant ‘Fat Pop (Volume 1)’. The album sees Weller continue his experimental vibe, proving he is further away from his days of The Jam and Britpop, but harking back to the more serene days of The Style Council.

Opening track ‘Cosmic Fringes’ is the perfect song to give way to this record. It is swathed in funk, but still has that distinctive Weller undertone of guitars and rock n roll rounded off with glimmering electro-pop beats. Flowing lustily in to second track ‘True’, it is reminiscent of Graham Coxon’s ‘Happiness in Magazines’ era, which is not a bad thing. As the track develops, it showcases the extreme influences on this album as it morphs in to a jazzy standard. The track also features guest vocals from Lia Metcalfe, the lead singer from Liverpudlian outfit, The Mysterines.

The laid back jazz is a recurrent theme through the record, and continues from 2020’s ‘On Sunset’. ‘Glad Times’ adds in that warm summer vibe where as you close your eyes you can imagine being far away on a sunny beach. It’s a great escape record to get lost in and imagine a world away from the current Pandemic. Ironic that the album was recorded mostly remotely from the band and finished off in the studio together last Summer.

The title track is filled with nods to the past, the acoustic guitars would not be out of place on 1993’s ‘Wild Wood’ album, but the track also highlights that Weller would be a great collaborator with Gorillaz. You could almost forget with this song alone that this is a solo record.

‘Testify’ is full on funk in 2021. Weller’s vocals have become incredibly soulful over time and are really showcased here as there is a call out response with the backing vocals. The smooth electric guitar adds affluent jazz and a soul/rock vibe and again nods to the past as sounding like something from Paul Weller’s debut solo record.

Listening to the album, you can tell that Weller is in a great place mentally and seems the happiest he has been in a while. The album oozes soul, jazz, funk and that warm innocence that is missing from a lot of modern day records. ‘Failed’ starts quite mournfully but suddenly explodes in to a track filled with energy. ‘Moving Canvas’ is filled with classic rock n roll sounding guitar licks and a huge driving beat. You can envisage this sounding huge when played live.

Completing the album, ‘In Better Time’ is probably the most straightforward track on the album. A jaunty and delicate little number filled with shimmering guitars and saxophone solo. ‘Still Glides the Stream’ closes the record is a wonderfully woeful explosion of strings and jazz.

Whilst there is no ‘Down in The Tubestation at Midnight’ or a ‘Changingman’ in sight, ‘Fat Pop’ is the sound of an artist at his creative peak. Just as you think he has timed out, Paul Weller returns with something more vitally and culturally important than we realised we needed. Another album to add to his ‘Best Work’ from his long and illustrious career to date.