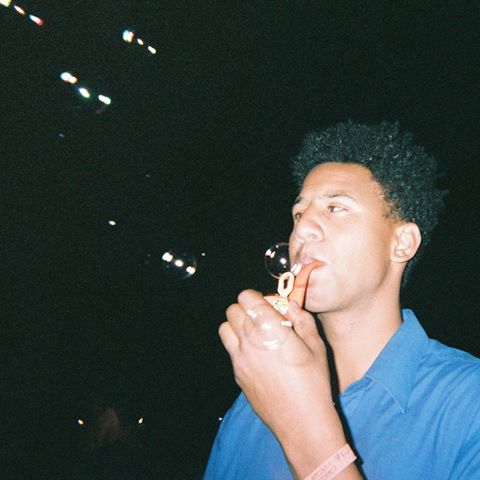 ‘Bubbles’, the latest release by Birmingham natives SUPERFOOD, is a rousing piece of 90s-influenced scuzz-pop. Opening with a discordant layering of distorted guitar riffs, these are stripped away for Dom Ganderton’s opening verse, his vocals taking centre-stage over a backing of chugging palm-muted guitars. From the opening gambit of “Seething through my teeth, I lie”, the lyrics are full of frustration, confusion and all the angst youth can provide, with Ryan Malcolm’s well-judged, jangling fretwork adding some flair in the choruses.

It’s a brilliantly constructed song, and, clocking in at just over two-and-a-half minutes, it doesn’t feel a second too long, or too short. The contrasts within the track, as they switch between heavier, distorted verses and the shimmering indie-pop guitars in its quieter moments, are perfectly judged, blending seamlessly together to create a song that is far more interesting than the average indie release. This is all without losing the sense that, underneath it all, lies a simple but brilliant pop song.

As one of the second city’s brightest up-and-comers, Superfood should be a name on more than a few lips in 2014. If they keep releasing singles as enjoyable as ‘Bubbles’, they might get a few hips moving in the process.