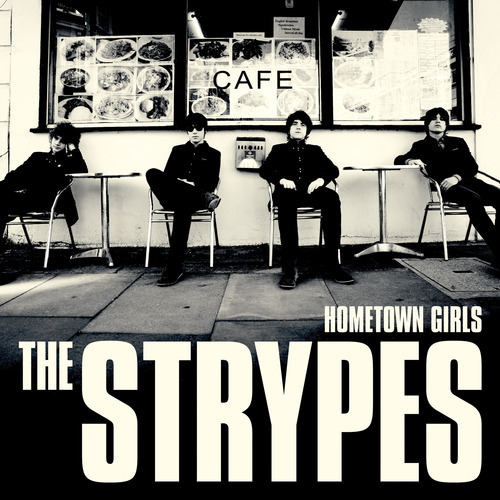 Few bands have captured imaginations in 2013 so far like The Strypes. Off the back of a much talked about EP of classic rhythm ‘n’ blues covers towards the end of last year, April saw the band release their debut single for Virgin EMI, ‘Blue Collar Jane’, and added to their incessant live schedule with dates across the UK that have taken little time to sell out.

Now, the group from Cavan, Ireland are pleased to announce their next EP, featuring another a new track from the band – ‘Hometown Girls’ – as well as live recordings of two popular inclusions on the band’s set list, ‘Stormy Monday Blues’ and ‘CC Rider’. You can see the lyric video for the single above.

‘Hometown Girls’ is as raucously energetic as we’ve come to expect from The Strypes, picking up where ‘Blue Collar Jane’ left off with salvos of pin-point guitar riffs and lyrics that tell tales of life growing up in their hometown.

Drawing upon their adoration for vintage rhythm and blues, ‘CC Rider’ was first set to record in 1920’s America, whilst ‘Stormy Monday Blues’ originally harks from the jazz scene of the ‘40s. Both have been regular fixtures in The Strypes’ live arsenal – the versions that appear on this EP were recorded at a recent show at King Tuts in Glasgow, and even on record still portray the unbridled passion and energy of the band’s performances.

The Strypes are never more at home than when on the road, and this summer sees them continue to tour the UK with a string of dates, many of which are already sold out or in high demand. Full dates below: