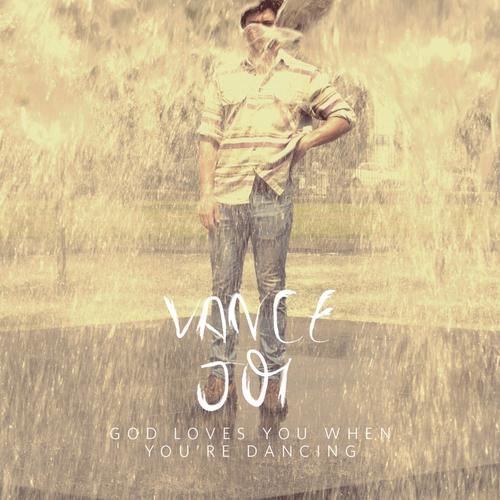 It’s fair to say that the market for heartfelt, chord-driven folk is already more saturated than the South West of England, but when it comes to VANCE JOY, AKA James Keogh, it’s easy to find room for a little more. The Melbourne native has already signed a five-album deal with Atlantic Records, and it’s not difficult to see why after listening to his accomplished debut EP, God Loves You When You’re Dancing.

The five-song collection possesses that perfect balance of fragility and strength that divides the bland from the beautiful, thanks in no small part to Keogh’s lyrics, unambiguous in their yearning, bittersweet disappointment. Opener ‘Emmylou’ is a typical example. “Oh if you’re losing sleep, scared of shadows. See it’s just a chair, see the clothes hang there” he sings, in a delicately constructed opening that builds carefully to the song’s powerful refrain of “You are loved”. The change in dynamics is instantly euphoric, the kind of switch that would make the hairs on an audience’s neck stand on end.

Lead single ‘Riptide’ is considerably more upbeat, and probably the catchiest folk release since The Lumineers got all possessive. With its contagious sense of rhythm and a melody that instantly works its way into your brain, it’s the kind of single that makes you wish you were frolicking on the beach somewhere, preferably in slow motion and with a suitably retro filter applied. It’s no wonder, then, that it’s already certified triple-platinum in his native Australia.

It’s easy to approach new folk acts with an air of caution. There are so many already that it’s hard to expect anything new or exciting. However, Vance Joy should be a welcome exception. Warm, enthusiastic, and touchingly sincere, God Loves You When You’re Dancing shows there’s life in the genre yet.

God Loves You When You’re Dancing is released on 20th January via Atlantic Records.