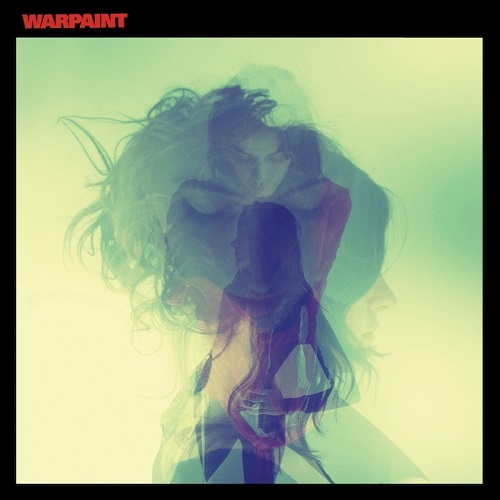 LA four-piece Warpaint gained a well-deserved reputation as critical darlings following the release of their debut full-length The Fool. Following on from their first EP Exquisite Corpse (mixed by the Red Hot Chilli Peppers’ John Frusciante), it put them firmly at the centre of the female-fronted wave of new bands that crested into view at the start of the decade. While the band were in fact formed way back in 2004, the success of that first LP saw them catapulted into the BBC’s Sound of 2011 list. However, fans have waited almost four years for follow-up, the self-titled Warpaint, to hit the shelves.

The band have spent the last few years continuing to hone their gloomy, chillwave sound, and with the addition of new drummer Stella Mozgawa, there’s an even greater importance placed on the rhythm section in anchoring an album that often strays deep into ambient territory. From the opening, humanizing false start, her beats lend a pulse where, in amongst the layers of resonant electronics and ethereal vocal harmonies, it can be difficult to find much else to hold on to.

For the first few songs, however, this isn’t the case. ‘Intro’ is a wonderful lead into the album’s first full track, ‘Keep it Healthy’, establishing the dual guitar riffs and bass-heavy drum beat that propel the song forwards. It is also one of the most melodic tracks on the record, one of the few that feels meant to be sung along to, rather than simply appreciated. ‘Love is to Die’, the first single taken from the album, is also a radio-friendly piece of doom-pop, acting as the bridge between into the cold electronics and wrong-footing unpredictability that follows.

Warpaint have never been known as a band who go for the easy hook, or the obvious melody. In that respect, they haven’t changed. The vocals (whether solo or in the rich, four-part harmonies that the band pull of so beautifully) feel vulnerable, elusive even. On songs like the trip-hop-influenced ‘Hi’, it’s reminiscent of Bjork’s brand of bizarre alt-pop, only more restrained, and without the occasional flashes of immense strength that the Icelandic singer is capable of. ‘Biggy’, the longest track on the album, goes even further, the ethereal vocals and insubstantial melody bobbing above a heavily-distorted bass line and washed-out drums to produce a sound that feels like a new-age/dream-pop hybrid. It’s not unenjoyable, but it passes by without ever really demanding the listener’s attention.

On closer, ‘Son’, the band return to the more tuneful, instantly engaging melodies that marked the beginning of the album. Reminiscent of Karen O’s subtle but beautiful melodies on It’s Blitz’s more contemplative numbers, it’s a shame there aren’t more songs which come closer to achieving this engaging mixture of substantial and insubstantial.

While Warpaint is by no means a bad album, it’s the lack of differentiation between tracks that leaves it feeling more like one, forty-minute long song that a fully-formed album. On multiple listens there are, of course, nuances to be found, but these never compensate for the fact that many of the songs seem to simply drift into one another without making an impression in their own right.

For those who are already fans of the band, there should be plenty to love in Warpaint’s long-awaited second album. Those who aren’t, however, may take a bit more convincing.

A good album, but it could have been a better one.

Warpaint is released on 20th January via Rough Trade.