We Were Evergreen – ‘Daughters’ 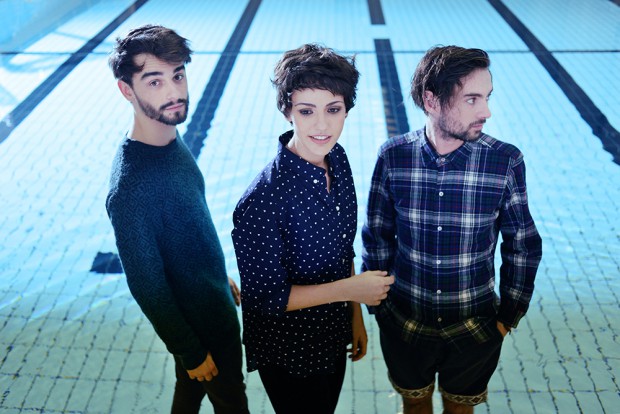 France has already produced its fair share of electro-pop brilliance, much of which stems from a few familiar faces (or helmets, at least) who regularly break into the UK Top 40. Scratch beneath the surface, however, and there’s much more to be found. Parisian electro-pop trio We Were Evergreen may now be based in the UK, but their latest single ‘Daughters’ shows that they still possess the continental flair that gives our francophone neighbours a well-deserved reputation at the forefront of the genre.

Beginning with looped beats and circular xylophone riffs, ‘Daughters’ is a mesmerizing blend of self-consciously repetitive rhythms and melodies that come together in a pop song as likely to make you stop and think as it is to get your toes tapping. Based on the story of the Danaids in Greek mythology (49 sisters doomed to spend eternity attempting to fill a leaking barrel), it manages to be intelligent without becoming lost in contemplation, passing comment on redundant repetitions that define our daily lives without itself falling into the same trap. Lyrics like “Somebody had finished the book I was writing. The ending was wrong, it went back to the start” are typical, capturing the powerless frustration of realizing that you are trapped in a cycle over which you have no possible control.

Upbeat yet thought-provoking, this is a brilliantly crafted piece of pop from a band who show that lyrical quality and dance floor rhythms can happily go hand-in-hand. Yet further proof of France’s prowess when it comes to electro-pop masterpieces.

‘Daughters’ is released on March 3rd via Island Records.