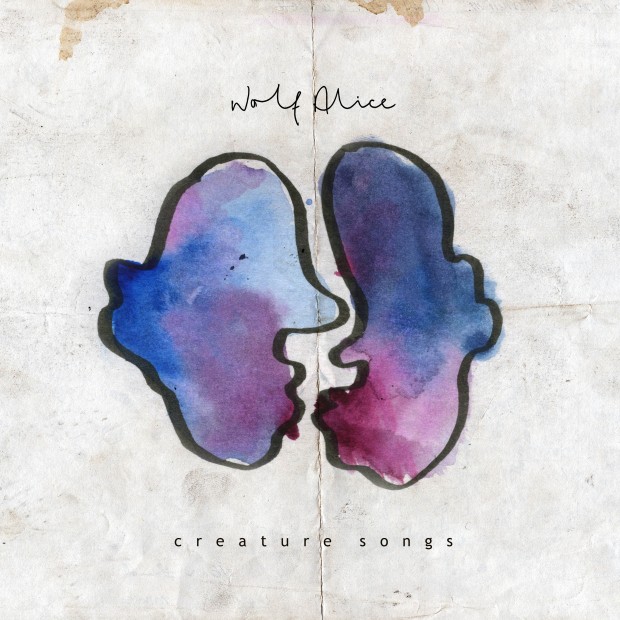 The EP starts with live favourite ‘Moaning Lisa Smile’. The gentle strummed intro leads in to a heavy riff before Ellie Rowsell’s vocals kick in. The song is a rip roaringly fun one, that has certainly worked well on their recent number of shows. Guitarist Joff Oddie works some magic in the fun solo. The joint vocals of Ellie, Bassist Theo Ellis and drummer Joel Amey bring the song to a wonderful (if not very quick) close.

As we dive in to second song ‘Storms’ you begin to see more clearly what the fuss surrounding Wolf Alice is all about. Shimmeringly loud guitars, sounding like a missing Nirvana-esque cacophony, crash in before Rowsell’s heavenly vocals send us on a dreamy journey towards the chorus. “What you got to show? and who are your friends?” Ellie asks, before the music picks up pace again, rocking out in perfect style.

‘Heavenly Creatures’ slows the pace down to a more jangly love song. The hushed vocals throughout the verses, coupled with a wonderfully subtle drum beat, show another and almost sultry side to Ellie’s vocal range. She picks it up a tone for the chorus by declaring “It never enough that we should simply want to be together?” – a jaunty yet dark little tune that breezes by in an almost summery fashion.

‘We’re Not The Same’ sees a duet with drummer Joel Amey. His vocals seem to carry even greater bass tones sat next to Ellie’s, yet they work together and make the song pass by like a wonderfully hypnotic soundscape. The bass lines and drums begin to pick up, which allows the song to develop in a wonderful slow burning style, before suddenly ripping in to a ballistic ending. Guitarist Joff Oddie makes the guitar squeal in a haunting style that makes the listener question whether it is a guitar or someone screaming. Truly wonderful.

Creature Songs is the sound of a band without a care in the world, who are enjoying doing what they are doing and have been given the freedom to do whatever they want. With this EP added to their already impressive back catalogue, the anticipation for their debut album is riding high. Whatever this band do next, it’s almost impossible to imagine them doing anything wrong. To put it simply, Wolf Alice are refreshing. They stand out in all the right ways, and for all the right reasons.