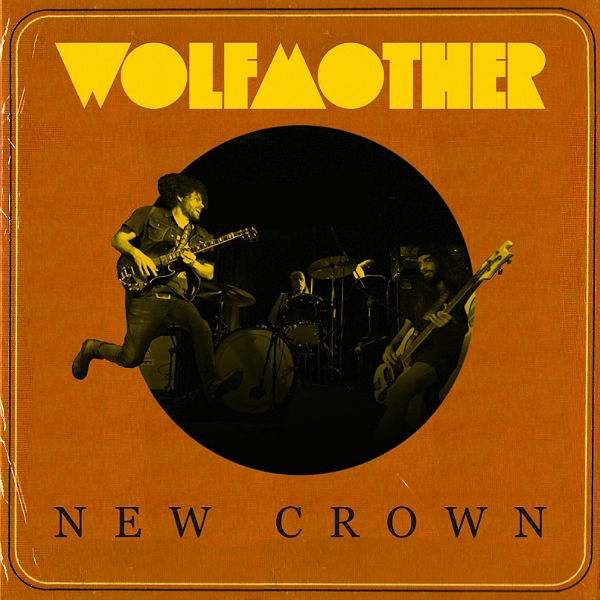 Following their temporary split in April last year, the future looked uncertain for Australian psychedelic rockers Wolfmother. Sure, there were rumours teasing at the trio’s apparently finished third album, but with an unsettled line-up, doubts were high. Thankfully the band remained intact, and have finally emerged from their murky den, leaping straight onto the bandwagon of ‘surprise’ releases that has worked so well for the likes of Beyoncé and Skrillex, and offering up New Crown, their beefiest album to date.

There was a danger that now, 14 years since their inception and with only one original member still standing, Wolfmother would deviate too much from the classic, late ’60s/early ’70s inspired sound that made their name. Fortunately, from the off, New Crown puts all those fears to rest. Frontman Andrew Stockdale has thoroughly inducted new drummer Vin Steele and bassist/keyboardist Ian Peres into the way of the Wolf, whilst still further developing their established direction.

The psychedelia of the band’s self titled debut is still very much present. With its morphing vocals and wandering solos, title track ‘New Crown’ oozes Hendrix, whilst ‘My Tangerine Dream’ appears to have been lifted straight from the Summer of Love, and comes complete with a curious, undistorted wind down.

New Crown has a distinctly more weighted feel than previous efforts though, with an unashamed lean towards heavy metal. The colossal power of both axe and drum harks back to the days of old, yet there is new life in them, new emphasis on aggression and distortion. Highlights include ‘Enemy Is In Your Mind’ and ‘Heavy Weight’, which pay tribute to Sabbath in a very Wolfmother kind of way, as Stockman’s interstellar singing contrasts gruff riffs and crushing bass; this is the stuff stadiums were built for.

Being a band that, although adored by their cult following, aren’t exactly the biggest in the world, going down the no promo route may seem a risky move. However, New Crown is the reason Wolfmother can pull it off. New Crown is Wolfmother, fresh and invigorated. Why promote when sales to a fan base are guaranteed, and the size of said fan base can surely only increase?

An incredible effort from a band that could have been dead and buried less than a year ago, New Crown a lays out a clear statement from Wolfmother: “We’re back”.

New Crown is out now. Listen to the full stream here.