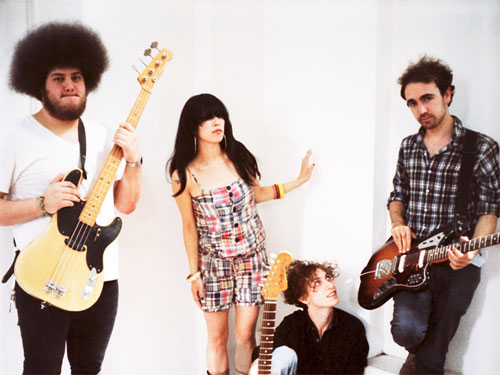 Originally released on  sophomore album Glow and Behold, YUCK’s ‘Lose My Breath’ certainly doesn’t disappoint. Fronted by Max Bloom, previously of Cajun Dance Party, their latest offering is one of the freshest, most soothing songs of 2013.

The combination of a great opening guitar riff, a punching bass line and the haunting echo of Bloom’s voice are more than enough to take away those winter blues on a December evening, allowing the listener to be taken on a musical journey far removed from the realities of life. Nowhere is this better illustrated than in their repetitive, almost psychedelic call of ‘’Over the hillside, out in the water’’.

Having formed in London four years ago, they have come on leaps and bounds since their debut release, and their potential seemingly has no limits. With a busy tour schedule ahead including dates in both the US and continental Europe, this ambitious band could soon become an even greater player in the indie scene.

After hearing ‘Lose My Breath’, it would be hard to begrudge them that.