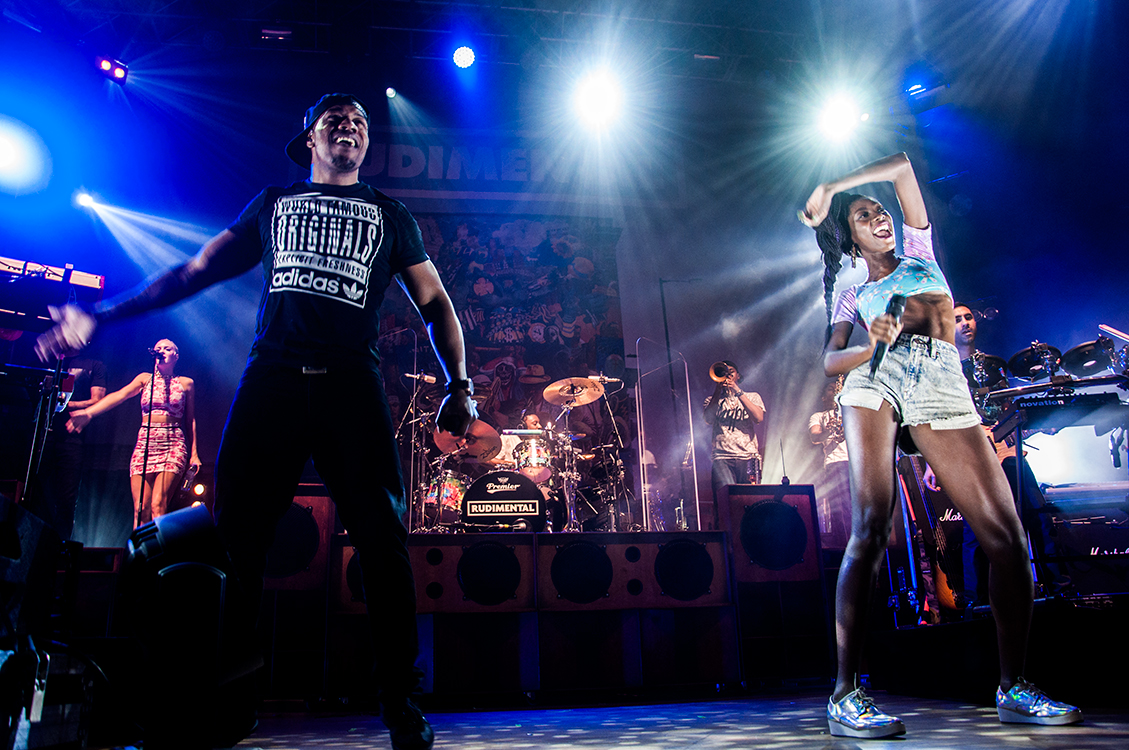 On their final night of the UK tour, BRIT nominated Rudimental arrived in Wolverhampton on quite a high.  The tour, sold out across the country is just reward for one of the most infectious albums of 2013. Home; which already boasts six Top 40 UK Singles has catapulted the London quartet into the forefront of British pop. However, with many of their tracks featuring huge name, translating it into a live performance is tricky.

Rudimental have a fantastic stage presence. With a huge curtain spread across the stage, the crowd waited for the house lights to drop. As they did, the silhouettes of the four members lit up the screen. Within a minute, the screen was down and the band opened with the unusual opener ‘Give You Up’. From the off, the slow-burner of a track didn’t seem to ignite the venue, with conversations carrying on as before their entrance. The trio of singers on the tour were superb; one male and two females collaborated excellently; however being familiar to the distinct voices from the Mercury Music Prize nominated album.

The infectious track ‘Not Giving In’ was the first real dance along, the crowd took advantage of the upbeat track to sing along. The quartet, who bounced along created huge cheers throughout; however, rather than building on the momentum, the band seemed to fall slightly flat. Whilst technically fantastic and vocally flawless, the band just couldn’t seem to engage with the Wolverhampton crowd – perhaps the extensive tour had taken its toll.

There were highlights; ‘Free’, the track which featured Emeli Sande shone with the crowd singing along with the track. Plus the set closer and BRIT nominated ‘Feel the Love’ – which was sung back long after the band had left the stage. For the fifteen minute encore, the band jammed on track ‘Breathe’ and the slow ‘Hide’ before erupting to life with ‘Waiting All Night’.

Whilst their were moments of brilliance, Rudimental seemed to battle to get the attention of the Wolverhampton Civic. With the songs under their belts and the fan base to push on, the band will be greatly appreciated at the summer festivals and will definitely be worth checking out.